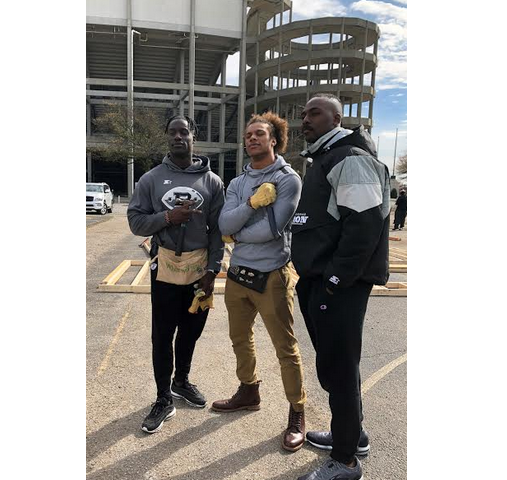 Photo courtesy of the Birmingham Iron

Habitat from Humanity to get some help from The Birmingham Iron

BIRMINGHAM – Iron team members Trent Richardson, Jack Tocho and Xzavier Dickson will be taking some time off from the grid iron to swing some hammers for a good cause.

Along with the Birmingham Iron executives and staff, the trio will spend their off day framing house walls at Legion Field in partnership with Habitat for Humanity Greater Birmingham.  The volunteer work is slated to start Tuesday at 9 a.m. and run until 2 p.m. at 400 Graymont Ave. W. in Birmingham. 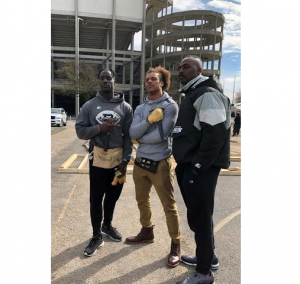 The Iron adopted Habitat for Humanity Greater Birmingham as its nonprofit partner, as part of its commitment to tackle critical issues and make a positive difference.

“We want to bring people together on and off the field,” said Roberson. “We’re committed to support this community that has so graciously supported us.”

Teammates and current homeowners will frame a 3-bedroom, 2-bath home during a five-hour period. Participants will write messages of hope and encouragement on framed walls that will be transported to a lot in the surrounding area to be used in house construction.

Habitat houses are sold to partner families at no profit and financed with zero percent interest loans. Homebuyer criteria includes: need, willingness to partner and invest “sweat equity” hours in building their home, and ability to repay the loan. Monthly mortgage payments are used to help build additional houses. 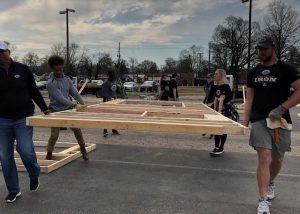