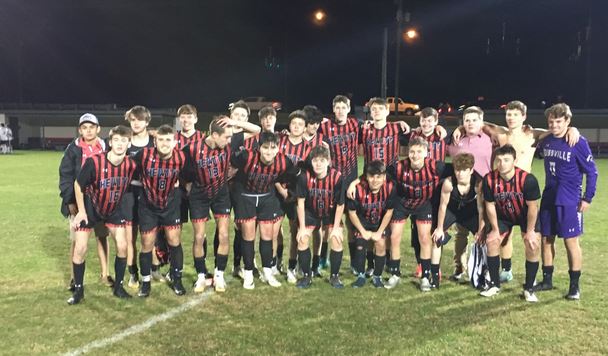 TRUSSVILLE — Hewitt-Trussville boys soccer took on Mountain Brook Monday night in a game that came down to penalty kicks.

The Huskies prevailed 4-3 in kicks to win the match and improve to 1-1 in Area play. Eric Besse started the scoring as he connected on a goal in the first half. Mountain Brook battled back and scored an equalizing goal in the second half. After regulation, the teams went into two overtime periods. Neither team was able to score, so the match moved to penalty kicks. 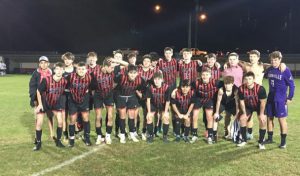 Mountain Brook connected on its first penalty kick to take a 1-0 lead. Brandon Kirkland then scored for the Huskies to tie the game 1-1. The Spartans connected again to take a 2-1 lead. Myles Cornett then tied the kicks 2-2. Ford Burke, who had many acrobatic saves in the match, stopped the next Spartan kick. The Mountain Brook keeper then stepped up and made a save to leave the score knotted 2-2.

Ford Burke again stepped up with another big save. Jalon Isley connected for Hewitt to give them a 3-2 lead. Mountain Brook’s final kick was good and the score was 3-3. With the match down to the last kick, Seth Hall calmly knocked in the game winner to set off the celebration.

The Huskies will travel to Gatlinburg, Tennessee, this weekend for the Smoky Mountain Cup.