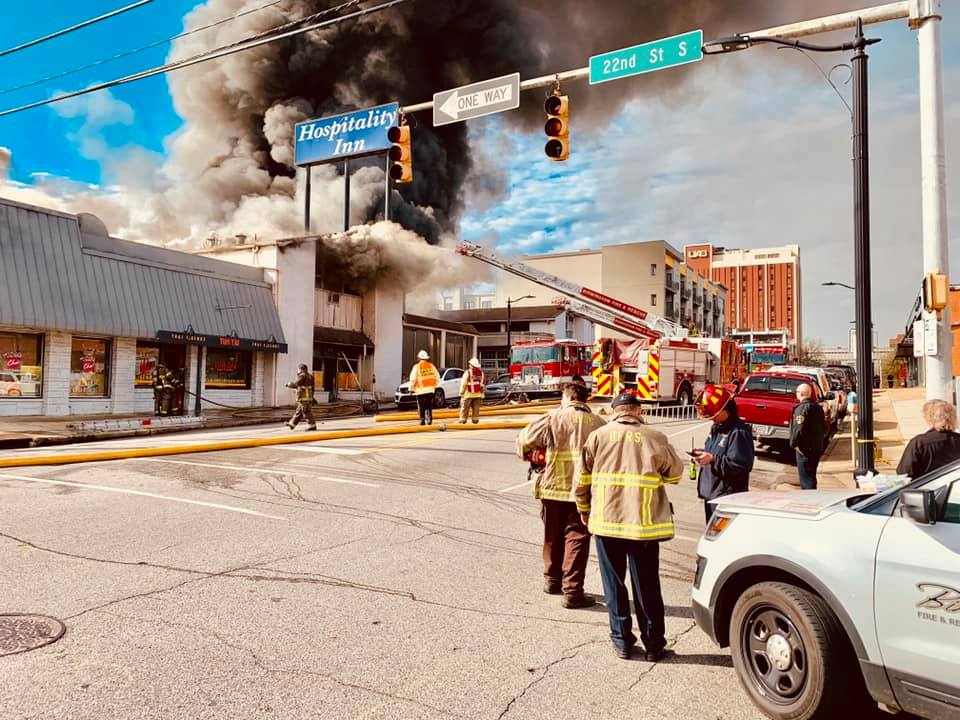 BIRMINGHAM — Birmingham Fire and Rescue crews are continuing to monitor a massive fire that started at the Hospitality Inn on Seventh Avenue South Tuesday.

One firefighter was taken to the hospital after being hurt while on the scene. The Trussville Tribune has learned that firefighter is Brandon West, the son of former Center Point Fire Chief Donnie West. Brandon is expected to be released from the hospital by Tuesday night. 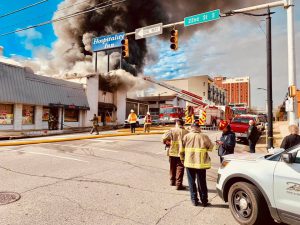 Investigators believe the fire was intentionally set. It spread from the vacant hotel to nearby buildings.

In all, five buildings have been deemed a total loss, according to Battalion Chief Sebastian Carillo. He told The Trussville Tribune his crews will likely be on the scene overnight, monitoring hot spots. 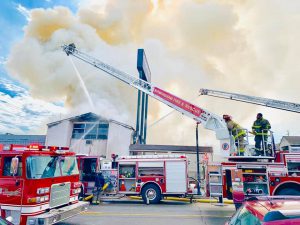