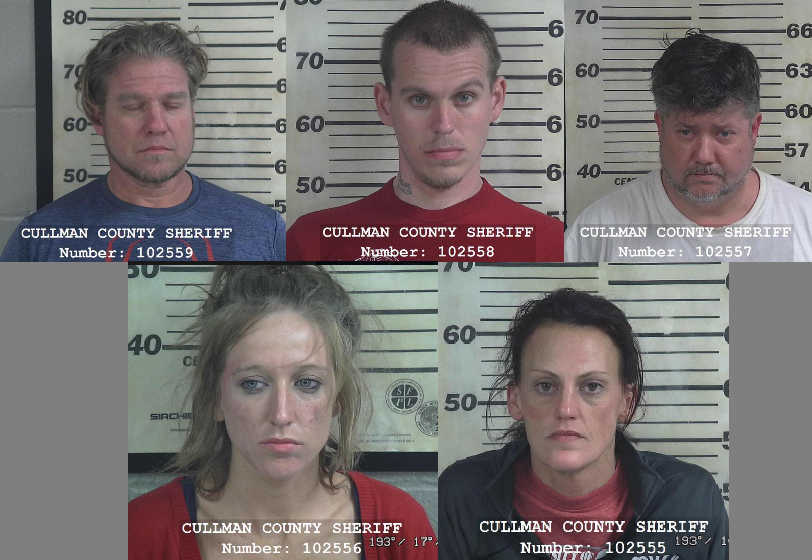 CULLMAN COUNTY – Five were arrested and 24 grams of meth were seized by deputies with the Cullman County Sheriff’s Office Wednesday.

Authorities said that deputies conducted a traffic stop on US Highway 31 North in the Vinemont area. After searching the vehicle, deputies located approximately 24 grams of methamphetamine and 28 grams of marijuana. They also located prescription pills, suboxone strips, syringes and other drug paraphernalia. 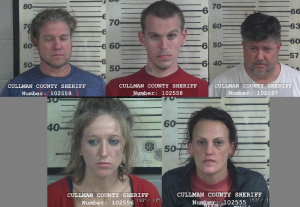 “I would like to commend the deputies who made these arrests for the outstanding job they did in getting these drug dealers off our streets,” said Sheriff Matt Gentry. “This is another example of our deputies being proactive by seeing a suspicious vehicle that did not belong in the area and conducting a traffic stop. This is a lot of meth, marijuana, pills, etc., that we seized today that was not able to be sold to our citizens here in Cullman County.”

The following individuals were arrested for the charges listed above:

All suspects are currently in the Cullman County Detention Center. Each suspect has a bond of $27,800, respectively.