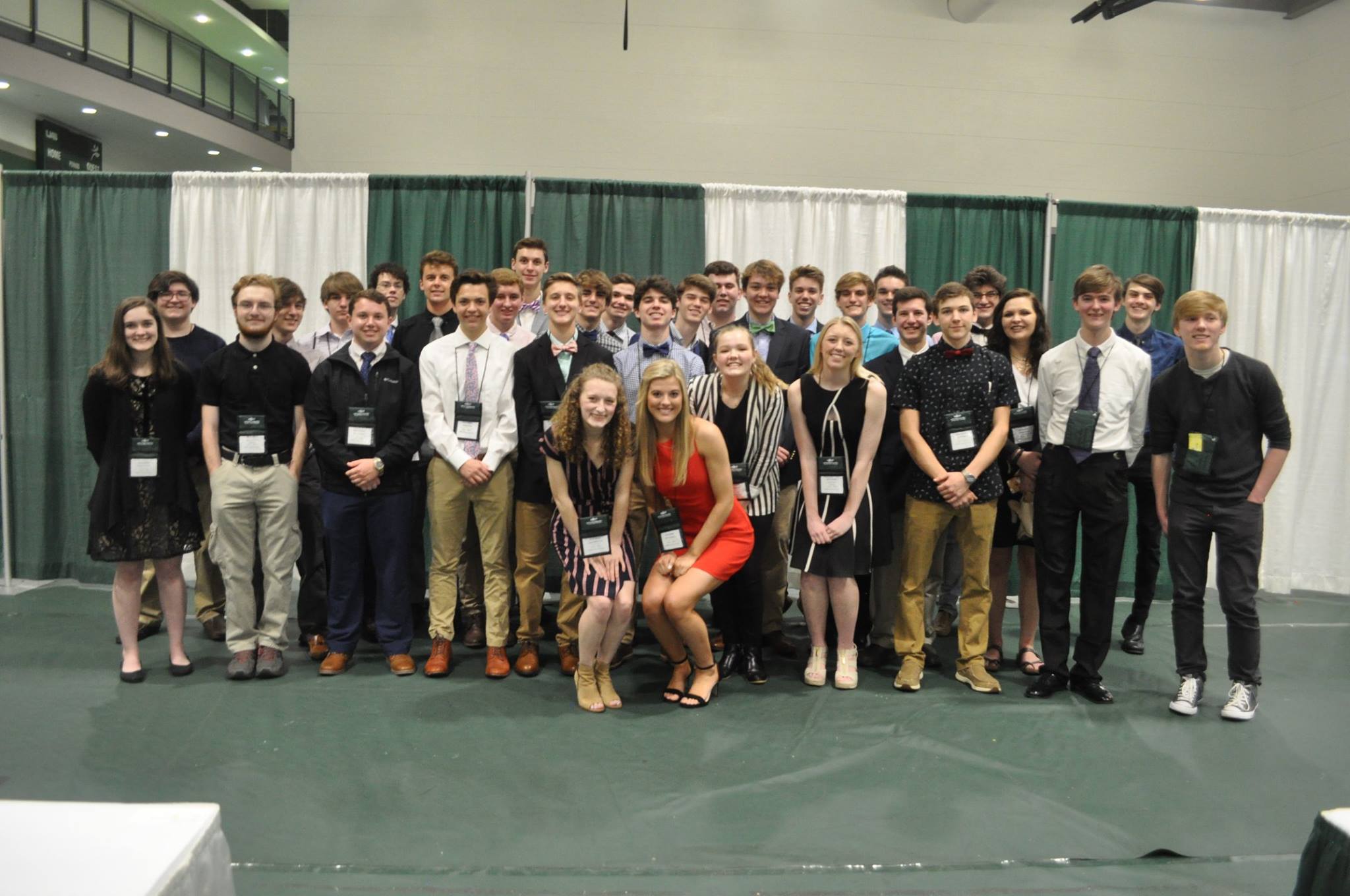 TRUSSVILLE — Hewitt-Trussville High School Senior Engineering Academy students who competed at the March 2 Central Alabama Regional Science and Engineering Fair at UAB were recognized by the school board during the board’s monthly work session. 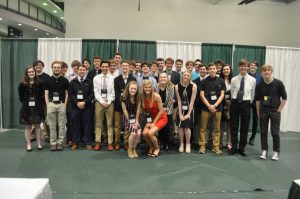 Eighteen teams from Hewitt-Trussville participated in the highly competitive fair. Six of them placed in the competition, four were named honorable mentions and two of them received special awards. The teams that placed will advance to the state fair in Huntsville.

One student, Reagan Shoop, won first place in the medical category and was the overall Intel award winner. She will automatically advance to the Intel International Fair in Pheonix.

Shoop’s invention was a football helmet with concussion sensors. The sensors detect the level of impact of hits a player receives and activates different colored lights to notify coaches and trainers. Reagan showed her helmet to the Trussville City School Board and demonstrated how it worked by hitting the helmet to activate the lights.

Reagan Shoop presented her helmet invention to the school board on March 18.

First place in the Transportation Category — Kayla Donalson, Will Bradley and Coy Trammell: They invented an infant car seat temperature sensor that prevents hot car deaths. The technology emails parents, then 911, when the child is in danger.

First place in Computer Science — Carson McCombs and Jaden Arnold: The Table Top Gaming Brain makes complicated games with lots of rules more fun to play by stepping gamers through all of the rules.

Second place in the Transportation Category — Abbie Manscill: Her handicap-friendly intersection allows for more crossing time for individuals who need more time.  It also looks to see if the crossing is still blocked before turning green.

Third place in the Physical Science Category – Cameron Gallups: Her insulin pump power source uses the motion of a person walking to produce power. The primary function is to maintain the battery charge on an insulin pump. It can also be used to charge cellphones.

Honorable mention in the Energy Category — Luke Burford, Alex Litwin and Lucas Campbell: Their Gravity Generator produces electricity by a falling weight. It is an alternative power source that does not require the sun or wind.

Honorable mention in the Engineering Category —  Jake Morris and Nathan Gudglen: Their paintball/hunting helmet has a built-in display to track teammates. It can be utilized by the military to prevent friendly fire.

Honorable Mention — Ryan Payant, Noah Rigg and Austin Hicks: Their Bicycle Car Detection Device is a sensor that is mounted on a bicycle to monitor for approaching vehicles. It notifies the cyclist with a light and tells the car.

Special Award Intel in Computer Science — Abigail Williamson:  Photos for the Blind produces tactile photos for the blind. There are three different methods for producing these photos.

Special Award Intel in Computer Science — Christian Bender: The Autism Tracker is for the family of a child with autism. The location device notifies parents of their child’s location.