TRUSSVILLE — The Trussville City Council has voted to approve speed humps on a heavily-traveled road that many drivers are using as a cut-through.

Police Chief Eric Rush presented a proposal to add three to four humps on Alabama Drive. He said the piece of road is used by drivers traveling on Queenstown Road. The speed limit on Alabama Drive is 25 mph. Rush said patrol vehicles have been dispatched to the area to monitor traffic, but there are still speeding drivers. 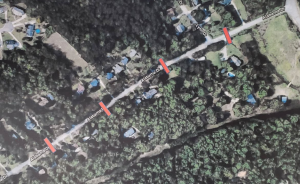 “The speed humps will accomplish two things,” Rush said. “They will act as a deterrent to cut-through traffic and also will have a calming effect on the existing traffic.”

One person who lives on Alabama Drive said they have been wanting speed humps for years because people are continually speeding through their neighborhood and often crashing into ditches.

The speed humps will be asphalt and will be overlayed on the existing asphalt.

Another item approved in Tuesday night’s city council meeting was extending hours at the Trussville Public Library. The library will now be open until 8 p.m. on Thursdays. The change will begin in September 2019.

The city is also continuing its contract with Santek Waste Disposal. Monthly rates will not increase.

Councilors also approved a resolution for the annual Freedom Celebration. The event will be July 4 from 6 p.m. – 9 p.m. on the mall. There will be food, inflatables, entertainment, and fireworks at 9 p.m. North Mall and South Mall will be closed to traffic 30 minutes before and after the event. Trussville First Baptist Church is putting the event together.

A proclamation was passed declaring April 21-27 Parental Alienation Prevention Week. The council is asking people to participate in Bubbles for Love on April 25 by blowing bubbles for children impacted by parental alienation.