LATEST NEWS
Home Local News Brother of Cracker Barrel shooting victim says hate was an element, but his brother was all about love 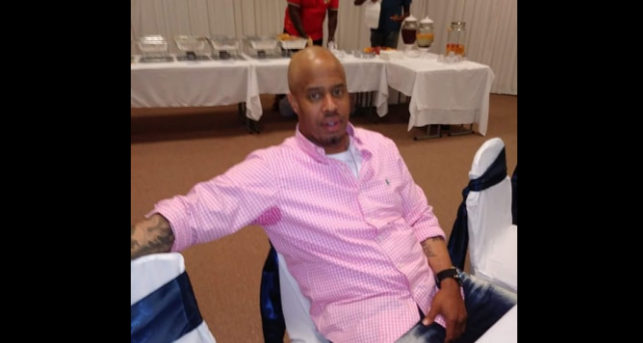 Brother of Cracker Barrel shooting victim says hate was an element, but his brother was all about love

The brother of the man shot at the Cracker Barrel in Trussville on March 28 is speaking out about what he says happened and about the person his big brother was.

Brandon Young said his big brother, Randy Young, passed away after being on life support for two days.

But the focus for the family right now is prayer for all those involved and for an understanding of what happened. 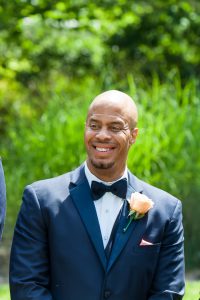 Randy, an Erwin High School graduate, and his stepfather were at Cracker Barrel. They had just finished eating and were picking up food to go for Young’s mother.

According to Brandon, the restaurant on Norrell Drive is where the family has always gone to get a quick, country-cooked meal. But during this visit, something happened that would change everything.

“My understanding is my stepdad stepped outside while my brother went inside to pick up the to-go food,” Brandon said. “A car pulled up at an angle, blocking the exit.”

He said the driver exited the vehicle and went into the restaurant, leaving the passenger, who has been identified by police as Bryan Patrick Hancock, 22, of Pinson, in the car.

At that time, Randy was walking outside after paying for the to-go order, so his stepdad went in to get the driver of the vehicle to ask him to move it so they could leave. By this time, Randy was already outside.

According to Brandon, the passenger of the vehicle got out of the car to possibly move it, then saw the driver and the stepdad coming out of the restaurant.

At that time, Brandon said he has been told the passenger went back around the vehicle and using a racial slur, yelled out for them to “move this piece of sh*t.”

Brandon said if that’s what happened, Randy likely reacted to the racial slur.

“My brother is the least confrontational person,” Brandon said. “But if you call him that, he will turn around and defend himself and he was defending his stepdad.”

Brandon said it was his understanding that the situation escalated quickly from there and ended with his brother being shot in the head at point-blank range. At the moment Randy fell to the ground, his stepdad was there to catch him. Brandon said the stepfather stayed there on the ground with Randy, knowing he could be next.

“I’ve never seen him cry in my life and he was broken down,” Brandon said of his stepfather. “He was so close, he thought he could have been shot in the back of the head.”

Fortunately, no one else was shot. Brandon said he wants to point out that his brother never came outside looking for trouble or for an altercation. He said it’s just not in his character to start trouble.

“Anyone that knows my brother knows he’s a hard worker, he never drinks, never smokes, doesn’t go to the club,” he said. “He’s never been in trouble and doesn’t have a record. He always helps everyone at work and does more than he’s asked for people.”

Before Randy passed away, his family stayed by his side hoping for any sign of recovery. They were praying for a miracle and praying for the other family involved in the incident.

“We are praying for the suspect and his family,” he said. “He’s a young guy and he needs it, too.”

Brandon said his family wants justice for what has been done. He believes what happened on Thursday has elements of a hate crime.

“I’m getting in front of it, communicating what was said,” Brandon said. “We have a witness that saw it. We are going to get the necessary answers. We want to do this the right way.

“He was everybody’s big brother. Young people need to understand in these tough times today, words mean a lot of things, especially when it comes to black and white, and I think that people should really be thinking about the impacts of what their words really are. Certain words automatically insinuate certain things. If you’re not a racist person, you don’t use racist words.”

He said after years of traveling within the corporate world, he has some advice for younger generations when it comes to race relations.

“Love and respect everyone and for the ones that are doing the right thing, when you see your peers doing the opposite, step in and correct it,” Brandon said. “We have to self-correct ourselves on both sides.”

There was a small ray of happiness for Brandon the night before his brother died. The Auburn University graduate said when the Tigers won the big game against the Tar Heels, he knew Randy would be happy.

“My brother supports Auburn basketball because I went there and he always supported me,” Brandon said. “One of my biggest motivations was always to make my big brother happy and I wouldn’t be who I am today without that.”