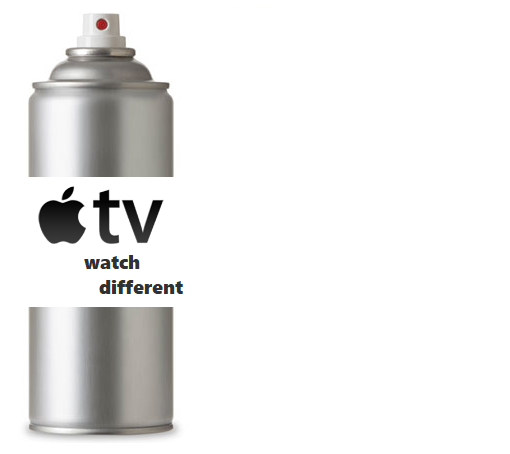 TRUSSVILLE – The Trussville Consumer Electronics Expo has long had a reputation as the home of the next big thing.  This year, it is hard to imagine anything will be bigger than the arrival of Apple’s long-anticipated Spray on TV.

“The spray-on television represents the zenith of television technology,” said Apple CEO Tim McGraw. “Imagine being able to turn literally any flat surface into a television merely by applying a thin coat of iPaint on it.” 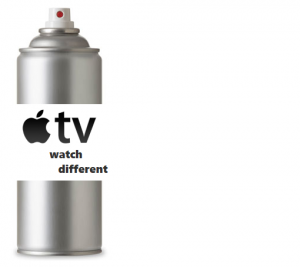 Other than the label, a can of Apple Spray on TV is virtually indistinguishable from an ordinary container of spray paint.  However, whats inside that can is revolutionary.  Apple scientists have spent the better part of a decade developing and perfecting the product.  The secret is patented microfibers and a new substance called graphene.

“Graphene is absolutely a miracle material,” said Apple’s chief scientist Nick Saban. “It will be for our age what silicon was for the 80s, what plastic was for the 60s and what Sheffield Steel was for the mid-Nineteenth Century.  In many ways, it will come to define our era.”

What makes graphene special is its unique ability to maintain cohesiveness at the sub-molecular level.  That means that it can be used to construct circuits in sizes as small as a single atom.  Also, due to its small surface area, a graphene circuit is super-efficient, wasting almost zero energy in heat transfer and thus eliminating the need for bulky equipment to cool down the device.  Lastly, graphene has the ability to use induction for a power supply.  The Apple Spray on TV will be able to draw power from the electric wiring behind a wall without ever having to be attached to them.

“The possibilities of how the Apple Spray on TV may be used are practically limitless,” said Saban. “One could use it on a wall of course —and we expect this will be the most popular application of the technology — but it could be every bit as effective when used on a ceiling, or a floor, or a water tower, or even a passenger van.”

One use for spray-on tv, which the city of Trussville is seriously considering, is painting every building downtown with the miracle product just in time for Huskies Football season opener against Pinson Valley on Aug 23.

“I don’t know a lot about football,” said Trussville City Manager Gus Malzahn. “But I think an awful lot of folks from around here would just love to see some of the Huskies games broadcast downtown and Apple Spray on TV sounds like just the ticket to make that happen.”

After a year of disappointing returns, with profits down across the board, Apple is betting big that the new Spray on TV will turn the ship around.  It is not a bad wager on their part and harkens back to an Apple of the past when the company routinely released paradigm-shifting products rather than just engaging in an ethic of making their fleet of aging products bigger, faster and stronger.

In true form, Apple is insisting on making the product only compatible with their line of soon to be introduced Apple television programming.  Consumers will not be able to use the device to stream Netflix, watch cable television or even receive over the air TV.

“Apple is committed to providing only the very best for our customers,” said marketing director Doogie Houser, MD. “That means keeping Apple Spray on TV television as a pristine preserve safe from all the garbage that a person can be bombarded with if they are not careful.  With Apple Spray on TV, the customer does not have to worry about being careful.  We are prepared to do that for them.”

Despite company-imposed limitations on the device, it is hard to imagine a scenario in which the Apple Spray on TV does not shake the consumer television industry to its core.  It is also hard to imagine that this technology will not be transferred to other arenas.  It can easily be imagined that, this time next year, journalists, hobbyists and tech enthusiasts will all be talking about the Spray on iPhone.

Update: Apple CEO Apple McGraw has confirmed that the Apple Spray on TV will be available for purchase as of noon on April Fool’s Day 2019.