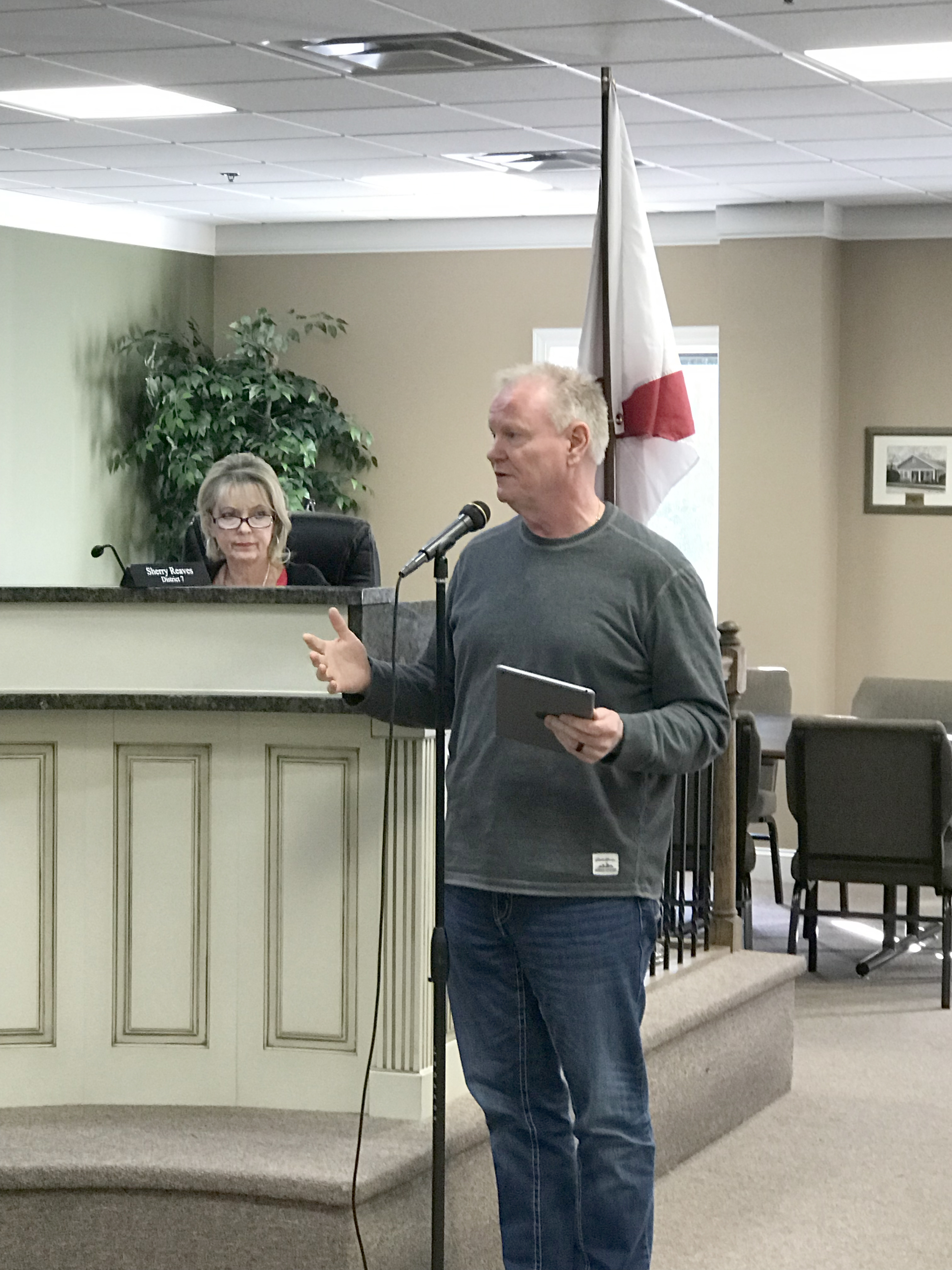 Mike Ennis speaks on behalf of the Strategic Planning Committee

Ready or not, Springville is growing

SPRINGVILLE – Growth was on the agenda at the city council meeting Monday night in Springville. Mayor William Isley began the pre-meeting work session by introducing members of the Planning & Zoning Commission and the Strategic Planning Committee for the city.

“What we know as an absolute is Springville is going to grow,” said Mike Ennis, speaking for the Strategic Planning Committee. “It’s not if, but when.” 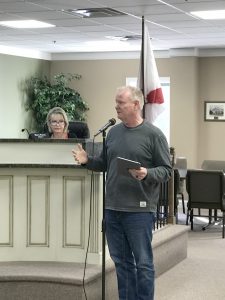 Mike Ennis speaks on behalf of the Strategic Planning Committee

Ennis continued to place emphasis on the need for cooperation in the creation of a growth plan for Springville. He noted previous plans from 1997 and 2008 that had never reached completion but pointed out the many positive things completed in each plan. He urged the council to develop a long term vision for the growth of the city and to break that plan into smaller, short term segments to make things more manageable.

Kris Bishop, a local business leader who serves on the Planning & Zoning Commission, also spoke during the work session about the need to address zoning issues as part of any growth strategy for the city.

Councilman Herbert Toles, who works closely with the planning committee, added a list of accomplishments from previous growth plans, including parks, a senior center, an expanded library and much more. He agreed with Ennis about the importance of learning from the previous efforts as new plans are created.

Committee member Dean Goforth spoke about the opportunities ahead for the city and challenged everyone to put aside politics and build strong teams to accomplish any new goals.

Goforth also spoke about the possibility of a Forever Wild program within the limits of Springville.

“The state is behind making this Forever Wild project one of the best,” he said.

Mayor Isley closed the work session and moved into the regularly scheduled meeting.

The council approved spending $21,525 with Massey Asphalt Paving to pave the parking lot near the upper softball field.

Also approved was an expenditure up to $1,000 to build a custom table to match the council desk for use by attorneys in court and for others presenting to the council or courts.

The council discussed roofing for the library and accepted the recommendation that they return to the contractor who presented bids for a metal roof and a shingle roof to present a third price for a standing seam metal roof, which could make it easier to match in future library expansions.

The library is projected to be expanded in phases. The council approved the use of Goodwyn, Mills and Cawood (GMC) to draft plans for the library so they could accurately predict the costs of the new building projects.

Police Chief Belinda Crapet addressed the council about the need for a vehicle storage building to consolidate the storage of police vehicles in one location. She mentioned vehicles are currently stored in various locations around town and are not protected from the weather.

Before the council brought the $42,000, 18,000 square foot structure up for a vote, Fire and Rescue Service Chief Richard Harvey asked to amend the plan to allow extra space to be allotted for the storage of Fire and Rescue equipment. After much discussion on the logistics of the use of the land, the council tabled the vote to rework the proposal to accommodate the request if possible.

The council approved a request for up to $1,000 for a new computer for Parks and Recreation Coordinator Ashley Lyons.

A special item to the agenda was addressed regarding the need for a camera system to be located at the city’s recycling center to address the misuse of the facility. Chief Harvey proposed spending $1,500 to install cameras to monitor the center and mentioned several people have been contacted for improper dumping of trash and other unacceptable items. The proposal was approved.