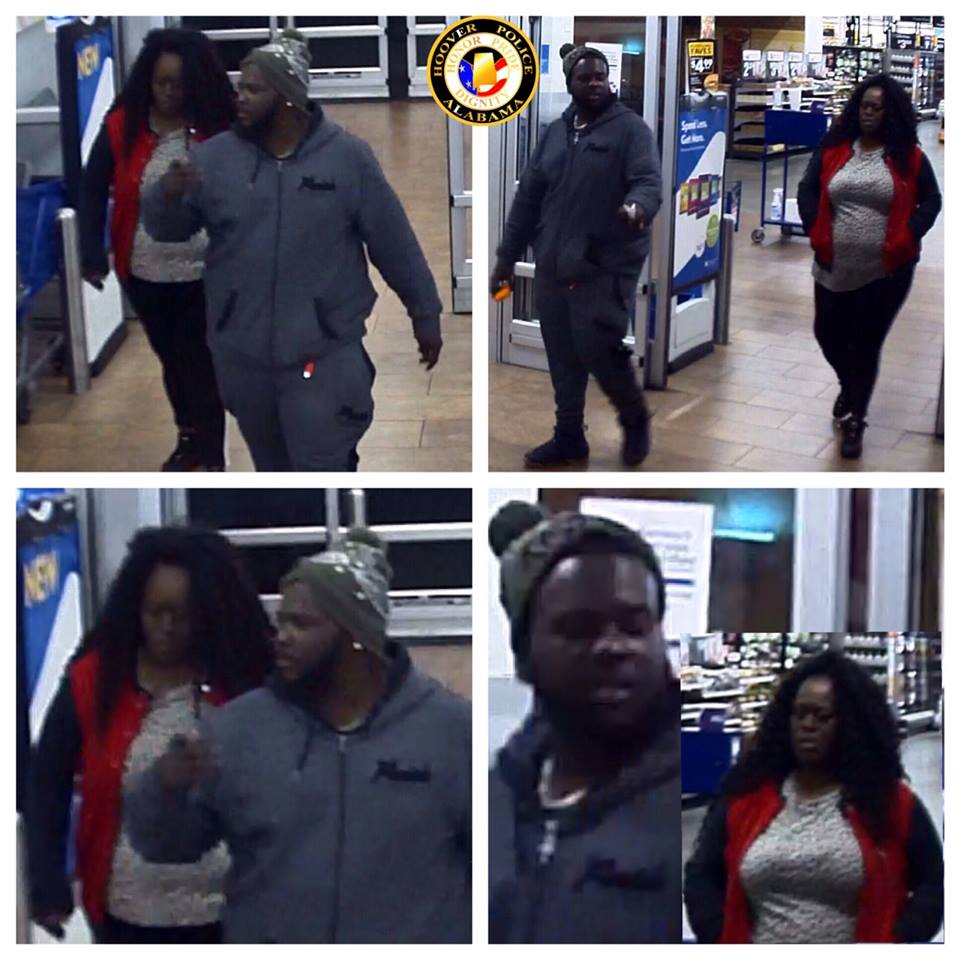 HOOVER — The Hoover Police Department is looking for two people they said are connected to a car break-in and the use of a stolen credit card.

Surveillance from the Walmart off Lakeshore Parkway shows two people who used a credit card after it was stolen from a vehicle. Police said the car break-in happened on March 22 on Birchall Lane.

Investigators said they aren’t sure if the two suspects broke into the car, but they would like to know where they got the credit card. 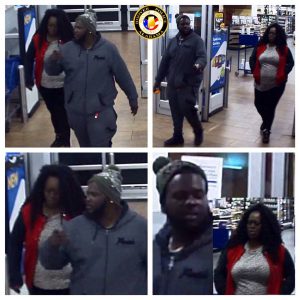 If you have information, call Crime Stoppers of Metro Alabama at (205) 254-7777 or leave a tip on their website: http://crimestoppersmetroal.com/. You will remain anonymous and be eligible for a cash reward if your tip to Crime Stoppers leads to an arrest.