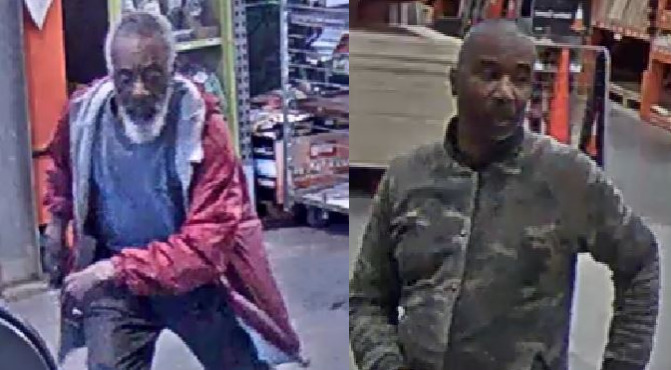 2 men wanted by Trussville Police are suspects in multiple thefts

TRUSSVILLE — Police in Trussville are trying to identify two men who are suspects in multiple thefts from Home Depot.

Detectives believe the bearded male is the one shoplifting the merchandise and the other male is the getaway driver.  According to detectives, the most recent theft involving these suspects occurred in their jurisdiction on Wednesday, April 3, at approximately 7 p.m. 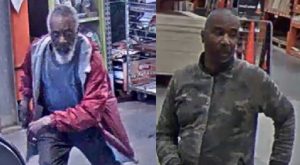 Store employees were shoved during the incident while attempting to stop the bearded male suspect as he was leaving, resulting in additional robbery and assault charges.

If you recognize either of these suspects, or know anything about these crimes, please contact the Trussville Police or call Crime Stoppers of Metro Alabama at (205) 254-7777.

You remain anonymous, and the information you provide to Crime Stoppers leading to the charge and arrest of an identified suspect could result in a cash reward.