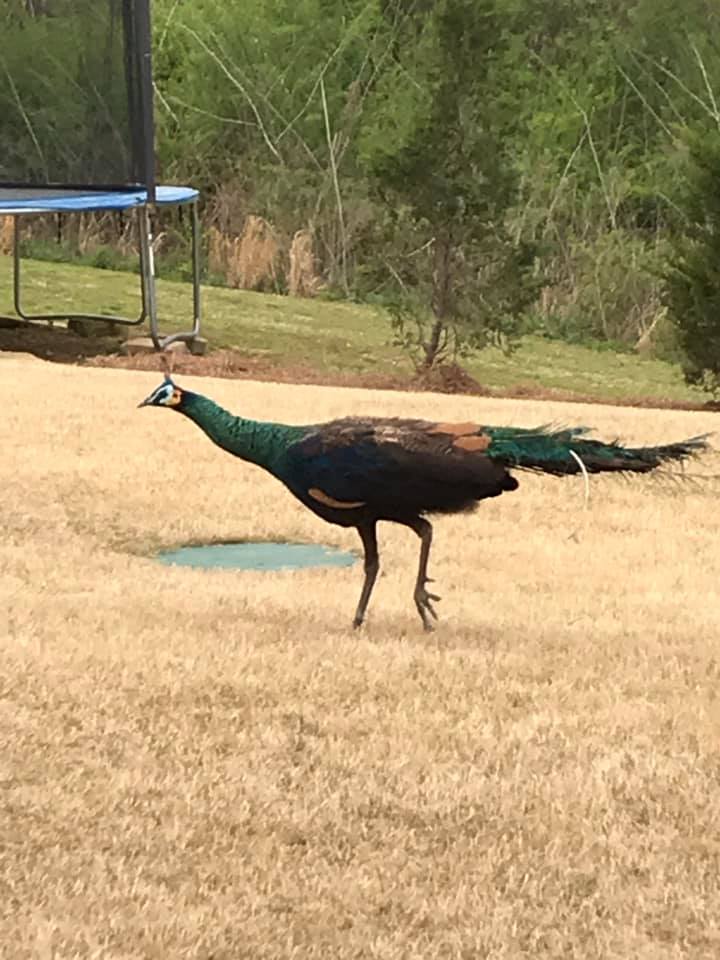 VIDEO: Peacock on the loose around Deerfoot Parkway

TRUSSVILLE — A roaming peacock is causing quite a stir around Trussville and Clay. Several sightings have been posted on Facebook and on the Nextdoor app.

The brightly colored male peacock has been friendly so far. 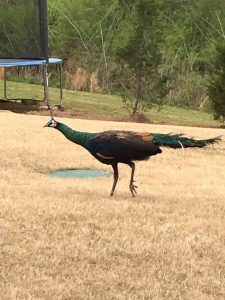 Some people claim they know who the bird belongs to, although the owner has not come forward.

Sightings started April 4 with a couple who said they had to swerve to keep from hitting the peacock near Rogers Gas Station on Old Springville Road. That same day, photos of the bird were posted online from the Deerfoot Crossing Subdivision.

On April 5, the peacock was spotted near Trussville Clay Road. Two days later, the peacock showed up in the Longmeadow Subdivision and later was seen on Old Springville Road near Deerfoot Parkway. There was another sighting reported on Deerfoot Parkway on April 8. Another poster claimed the peacock was at a home on Old Springville Road on April 10. It seemed to be making itself at home there when it got into a tree to take a break. 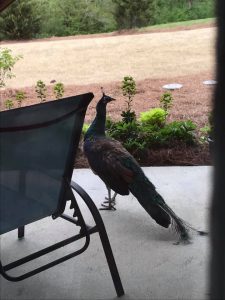 Another sighting was near Trussville Clay Road on April15. Homeowner Ricki Gardner said he believes there are two different peacocks roaming the area. He said the one he saw was very friendly.

“We were very entertained, and it was quite educational. We googled peacocks so that we were fully aware of his capabilities, and tried to give him the space he needed to not feel threatened,” said Gardner. 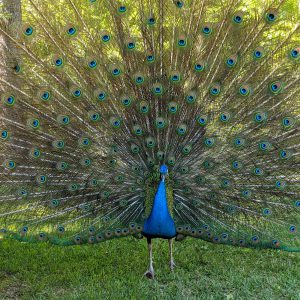 Gardner also said of all the wild things that could be roaming around his property, a peacock is the least of his worries.

“With all the coyotes, hawks, barred owls and such that keep us on guard daily with our pets, this peacock was a welcome distraction!” said Gardner.

He believes the peacock he saw has an owner.

The latest sighting was on April 16 on Whitney Drive.

According to National Geographic, peacocks are ground-feeders that eat insects, plants and small creatures. They can be testy and do not mix well with other domestic birds.