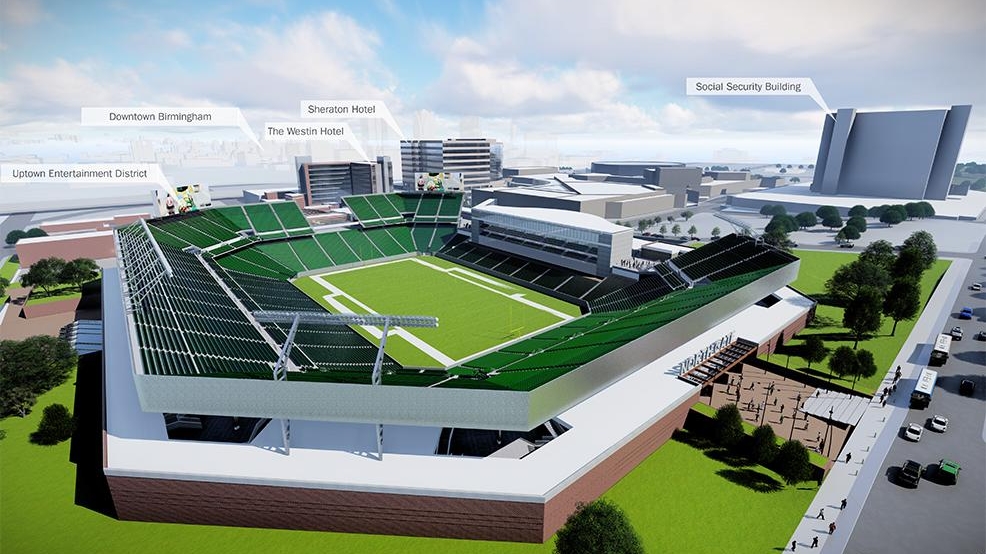 New open-air stadium at BJCC has a name

BIRMINGHAM — The Birmingham-Jefferson Convention Complex announced a 15-year agreement with Protective Life Corporation for the naming of the new multi-use stadium.

Protective Life Corporation will sponsor the stadium, which will now be called Protective Stadium, according to BJCC executive director Tad Snider.

“We are excited to welcome Protective Life Corporation as our naming rights partner for the new multi-use stadium,” said Snider. “Protective is an organization with deep ties to the Birmingham community, so their participation is going to add huge value to the project. We look forward to the partnership as we continue the development of Protective Stadium.”

Headquartered in Birmingham with approximately $90 billion in assets, Protective is one of the largest corporations in Alabama and has been providing protection to families for more than 110 years through affordable life insurance, asset protection and retirement products. As one of the industry’s leading providers, Protective employs more than 1,500 people in the Birmingham area.

Protective joins the BJCC Authority, City of Birmingham, Jefferson County, the University of Alabama at Birmingham (UAB) and other corporate partners in funding the new stadium. Because of the private and public partners dedicated to this project, Birmingham will have the ability to host more events, provide diverse entertainment offerings and create continued growth opportunities. 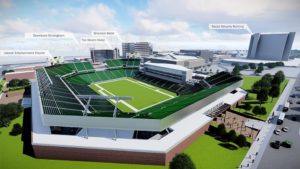 The stadium is expected to be completed in 2021. Schoel Engineering Company, Inc. recently completed the site survey, and Populous is finalizing stadium designs for the $174 million open-air stadium. Relocation of underground utilities and foundational work is scheduled to be underway soon.