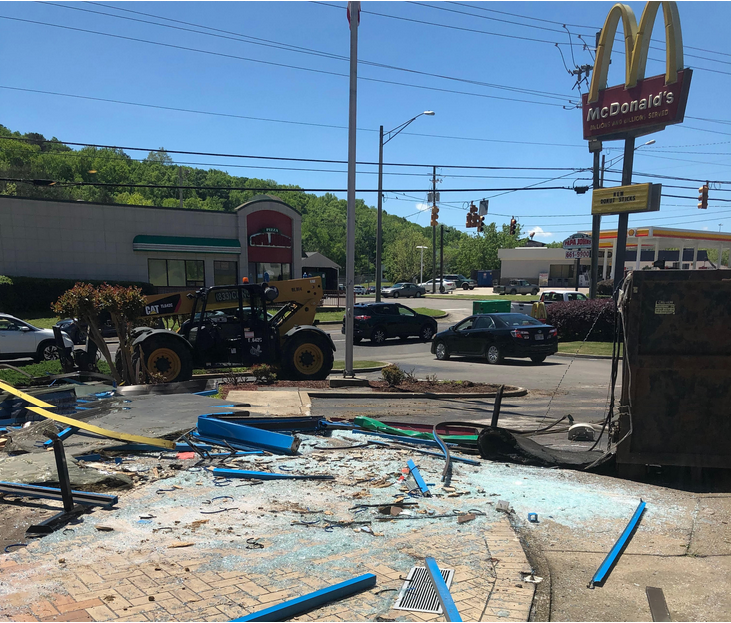 TRUSSVILLE — Motorists driving along Chalkville Road Monday afternoon may have noted the loss of a local landmark. The McDonald’s playland dome has been demolished to make way for a rebuilt playland that will feature brand new play equipment, a drink-system, ample outside seating, and a state-of-the-art air-conditioning and heating system.

The rebuilding of the playland area is only the start. The Trussville McDonald’s has embarked on a renaissance that will see a complete remodeling of the restaurant over the next couple of months.

“We’re doing a total remodel of the restaurant,” said area manager Mary Pease. “Everything top to bottom. It’s going to start right out here. We plan to run the lobby for another three weeks, that’s our time frame for keeping the lobby open. (Then) we’ll shut the lobby down and run drive-thru only for six weeks; shut everything down for three weeks and open up totally brand new. We’re planning to open the week after Memorial weekend.”

The update reflects not only the need to upgrade an aging facility, but also to keep up with changing customer needs and expectations. The new facility will boast several features that are in keeping with the rise of the digital age and an on-demand world.

“It will be the McDonald’s new image,” said Pease. “There will be the kiosks in the lobby; we’ll have four of them where they can do their own ordering, table service. If customers order on the kiosk (in the dining area) or at the front counter, we’ll bring their food out to them.”

The renovation will also see new digital menu boards installed in the restaurant, both inside and outside of the facility.

The trend to update facilities to changing demands has reached properties all across the area. Similar upgrades have been made to McDonald’s in Oneonta and Leeds. Here in Trussville, the Chik-fil-A is also undergoing significant modifications; however, changes to the Trussville Chik-fil-A are geared towards increasing the production capacity of the kitchen and distribution efficiency of the drive-thru.

The Trussville McDonalds was built in 1988 and shortly after, then-owner, Max Cooper added the domed playland to the facility. More than one generation has passed through those golden arches on its way to adulthood.  It was the first, and the biggest, attraction of its kind in the city.

“Us older people that have been around, our children grew up with it, and their grandchildren have been in it,” said Pease. “Its history in Trussville. It’s the McDonalds where the big playland dome is. So, it was a landmark, that is what it was. It has been here thirty years.” 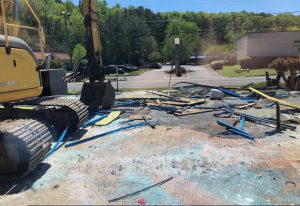 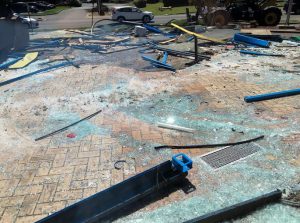 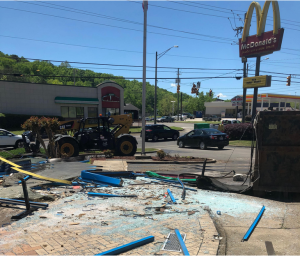