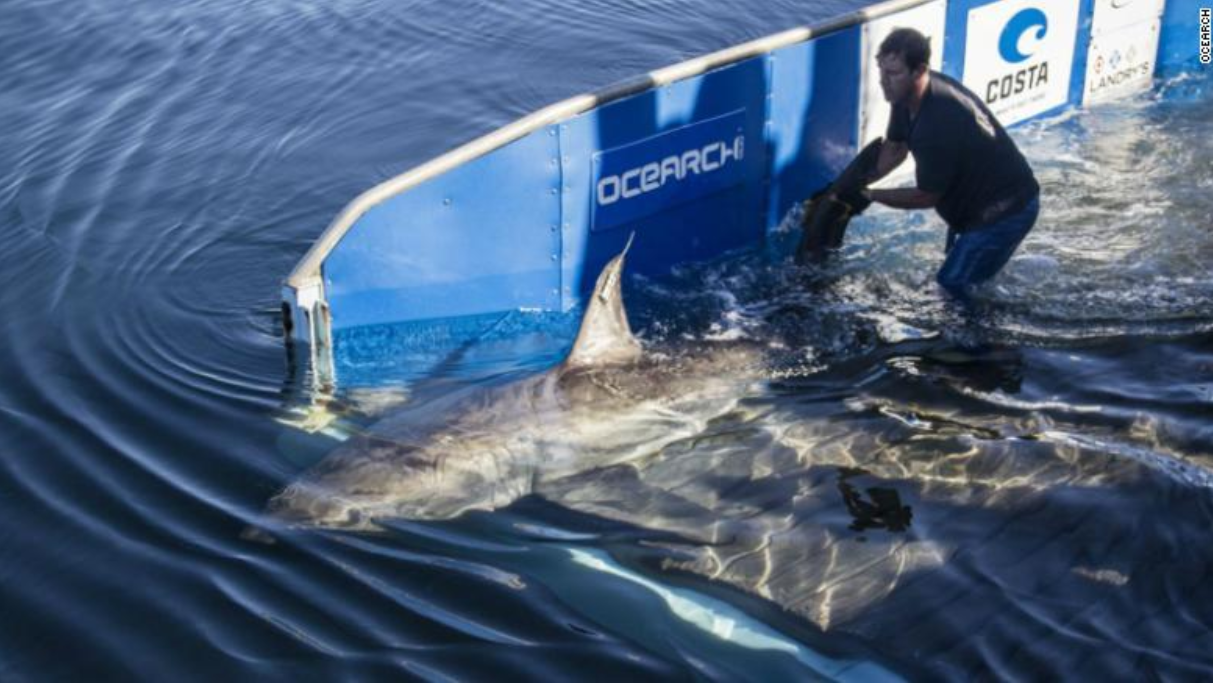 PANAMA CITY — A large great white shark with a tag by a research organization “pinged” south of Panama City.

The 1,688-pound shark named Miss Costa was spotted in the Gulf of Mexico, according to researchers with OCEARCH. 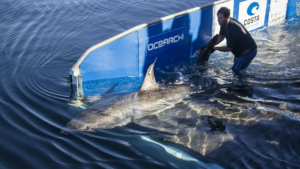 A “ping” occurs when a tagged shark’s dorsal fin breaks the surface of the water, transmitting a signal to a satellite, according to OCEARCH.