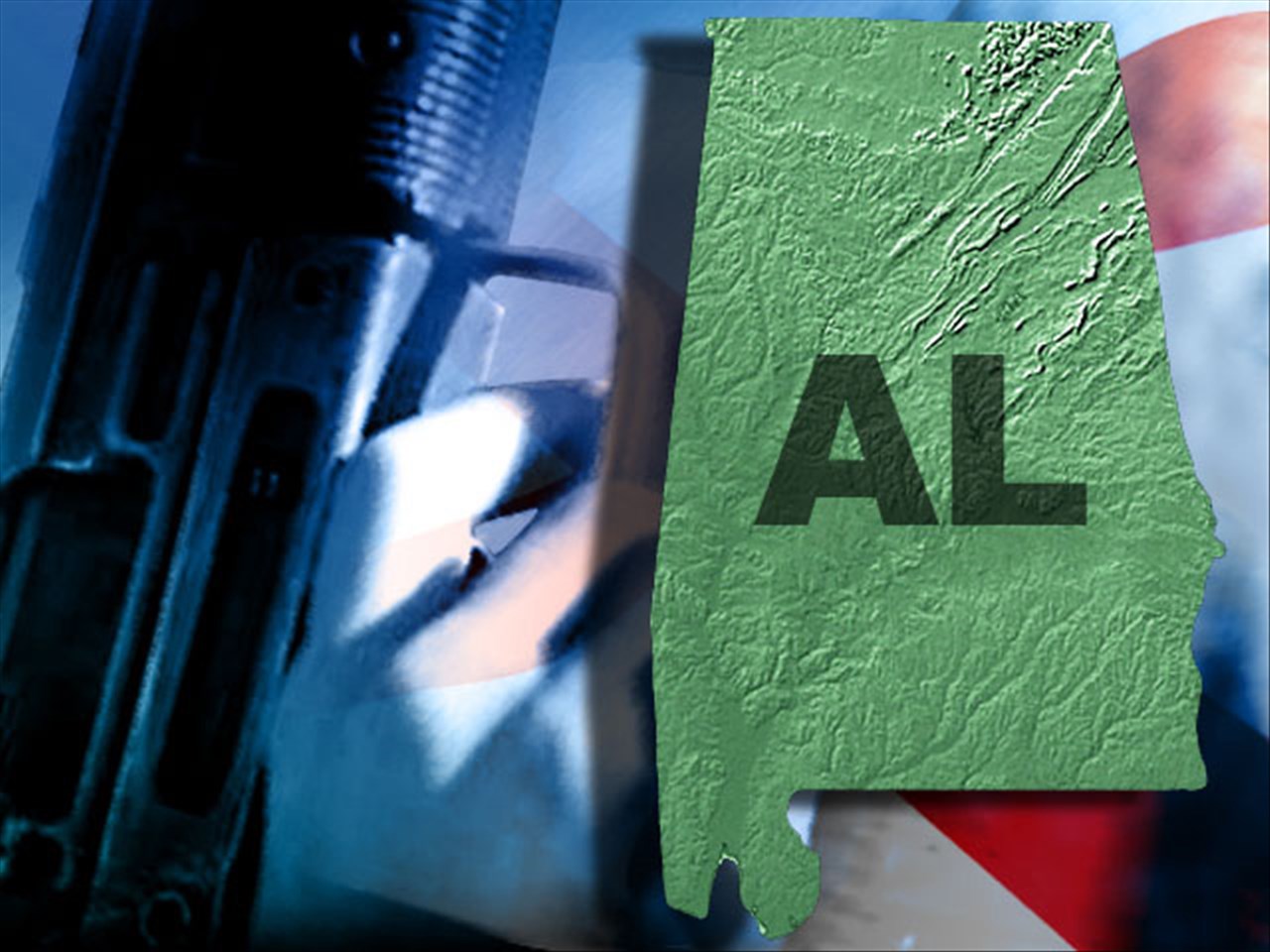 MONTGOMERY, Ala. — Alabama lawmakers debated two very different gun regulation bills on Wednesday. One would eliminate the need for permits in order to carry a concealed weapon; the other allows for the court-ordered removal of weapons from someone who is considered to be dangerous.

Rep. Merika Coleman, D- Birmingham, sponsored House Bill 265, the Gun Violence Protective Order Act, which would allow family members, school personnel or law enforcement to file a petition to confiscate a person’s firearms for one year if that person is considered to be a threat to themselves or others.

Coleman said she has worked with the American Legislators for Gun Violence Protection to write a bill similar to legislation commonly known as “red flag” bills that have passed in more than a dozen other states.

Speaking to the House Judiciary Committee during a public hearing, Coleman argued the bill is about gun safety concerns and not trying to control people’s access to guns.

“That’s why we used very specific language in the bill and says there needs to be clear and convincing evidence, so this will prevent just anyone from coming off the street and accusing someone of being crazy,” Coleman said.

Coleman said the mass shooting at a Parkland, Florida high school last year and recent incidents in Alabama as well moved her to want to take action.

“Any time a bill has ex-parte in it, it’s a concern for me,” Farley said.

Farley said that he has been on the House Public Safety Committee for nine years and thinks it’s concerning that he is just now hearing about this kind of legislation.

“If we’ve got this group of bi-partisan legislators that has put this model bill together and it has passed in 14 states, and Mrs. Coleman says she’s been meeting with them regularly, why don’t they come to the rest of us that is constantly meeting with firearms groups,” Farley said. “I want to know if there is a mother group behind this group and if you look a bit closer that it might be Everytown for Gun Saftey.”

Rep. Phillip Pettus, R- Killen, said from a police officer’s perspective he is worried about being able to fulfill his duties if someone wrongly accuses him.

“I’m a law-abiding citizen, and I don’t have any problems, but they are going to take my gun because of what somebody else says,” Pettus said. “I’m a law officer, I have to have a gun in my house.”

Rep. Mike Ball, R- Madison, said he isn’t sure yet on how he lands on the issue but hopes a middle ground can be reached.

“It’s a complicated and hot button issue,” Ball said. “If they come up with language that will protect people but not limit their Second Amendment rights, then let’s see how it shakes out.”

Rep. K.L. Brown, R- Jacksonville, said that he would also like to see the bill come out of committee and be debated on the House floor.

“I like what I’ve seen from the synopsis,” Brown said. “I told [Coleman] I hope it can get out of committee so we can have a debate about it and iron out the details. When they get on the floor, bills usually get vetted pretty well.”

“It only makes sense to do what we can to make sure that guns don’t fall into the hands that are a threat to themselves or others,” England said. “We don’t want to violate anyone’s Second Amendment rights, but at the same time we have to keep in mind that public safety is paramount, and in some situations, I would rather make the mistake that may save lives instead of doing nothing that would result in lives lost.”

The bill was referred to a sub-committee after an agreement between Coleman and Chairman Jim Hill, R-Moody, to further work out issues committee members had.

Colorado’s Democratic governor signed a similar bill last week, making it the 15th state with a “red flag” law. Most of the states are Democrat-led and some of the laws don’t allow family members to petition for gun removal, but require law enforcement to initiate the process, according to the Giffords Law Center to Prevent Gun Violence.

Aside from Florida, none of the states with laws similar to what Coleman is proposing are in the South.

The National Rifle Association opposed the Colorado legislation and has fought bills in other states, saying it could derive an individual of their Second Amendment rights without due process.

A public hearing on Senate Bill 4, the “constitutional carry bill” from Sen. Gerald Allen, R-Tuscaloosa, had pro-gun groups and law enforcement on opposite sides of the legislation.

This is the fourth year in a row Allen has proposed this legislation. It usually passes the Senate, but has never passed the House.

Allen’s bill would allow people to carry firearms openly in public without requiring a pistol permit.

“We have been given a constitutional right to protect ourselves, our families and our property without having to pay a small fee, tax or permit,” Allen told the Senate Judiciary Committee during the hearing.

Allen said that there is a concern for those citizens that, when they carry their firearm outside of their home or business without a permit, or their permit has expired, they could go to jail even though they haven’t committed a violent act.

Allen said that this bill is about protecting the law-abiding citizens and taking away another roadblock for a person to have a firearm.

“This is a critical issue and the law abiding citizens of this state are going to continue to do what’s right,” Allen said.

Earlier this year, Allen blamed House leadership for not letting the bill get a vote on the House floor in 2017. Speaker of the House Mac McCutcheon, R-Monrovia, said it’s each lawmaker’s responsibility to gather the support needed to advance his or her bills.

A large group of sheriffs and law enforcement were at the meeting to voice their opposition to the bill. One of those officers was Sheriff Derrick Cunningham from Montgomery County who said the bill would hinder him from being able to protect citizens and his fellow officers.

“That permit is a tool. That permit is for us to go out apprehend someone that doesn’t have that permit, and we are able to take that person off the street,” Cunningham said. “It’s not just about protecting officers but also our communities.”

Sen. Linda Coleman-Madison, D- Birmingham, spoke against the bill and agreed with Cunningham.

“We always talk about keeping the criminal element off the streets, well, you just heard an example of these permits helping police officers identify and trace where that crime was committed and who that gun belongs to,” Coleman-Madison said. “But it’s also about protecting other people as well.”

Proponents for Allen’s bill include Eddie Fulmer, President of Bama Carry, a gun rights advocacy group in the state, and said that even though he does not like gun permits, states that have constitutional carry have seen an increase in their permits.

“Permit sales, is when the government takes the right away and sells it back to the citizens because our right to carry a weapon is a right guaranteed by god or is a natural right, however you want to play that, but those sales have gone up or stayed the same,” Fulmer said.

Todd Adkins, the state director for the National Rifle Association, also spoke in favor of the bill saying that the cost of the permit is also what is keeping people from defending themselves.

“There was a time in my life when $75, $25 or $100 was a major deal for my family,” Adkins said. “So requiring the individual to engage in this bureaucratic process and spend money that they may not have, so they can honor themselves and their fundamental right to defend themselves, the NRA has a major problem with that.”

Sen. Bobby Singleton, D- Greensboro, said he would not vote for the bill because he is concerned about this possibly increasing crime rates.

“It’s the weapon that these officers need in terms of protection, not only the officer but also those of us who are innocent citizens,” Singleton said. “This isn’t about the law-abiding citizens that carries a weapon, this is about that person that isn’t law abiding and so we can track that stolen weapon and make sure that doesn’t further another crime.”

Sen. Larry Stutts, R-Tuscumbia, is in favor of the bill and also has a problem with the cost of a gun permit.

“The other problems are is the huge discrepancy in what different sheriffs can charge,” Stutts said. “I’ve heard that it could range from $5 to $50 and it’s completely left up to the sheriffs to decide.”

Sen. Rodger Smitherman, D- Birmingham, said that since he represents the largest city in Alabama, he has seen the violence that can ensue if gun permits are not required in the state.

A spokesman for Senate President Pro Tem Del Marsh, R-Anniston, said the senator was supportive of the “constitutional carry” bill and that it would be reassigned to his committee next week. Marsh chairs the Senate Tourism Committee and, as Pro Tem, has great influence on where bills get assigned.