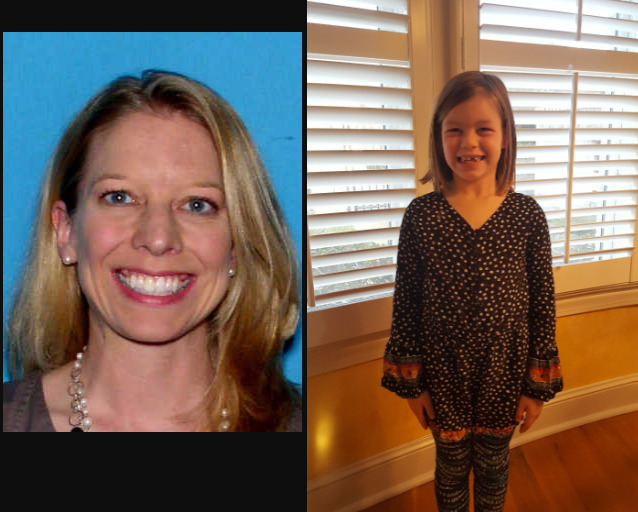 Kristen and Julia Hirsh were reported missing in Birmingham.

BIRMINGHAM — UPDATE – Birmingham Police reported at 9:50 a.m. on Friday that the pair had been located and were safe. No other details were made available.

ORIGINALLY REPORTED — Police are asking for assistance after a woman and her daughter were reported missing after last being seen at a Birmingham park at 5:15 p.m. on Thursday.

Sgt. Johnny Williams of the Birmingham Police Department said that detectives are conducting a missing person investigation into the disappearance of the pair. 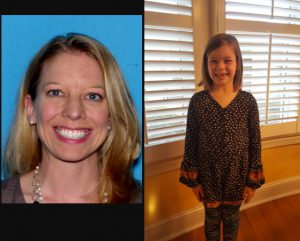 Kristen and Julia Hirsh were reported missing in Birmingham.

Kristen Hirsh, 43, of Birmingham, is 5 feet, 5 inches tall, and weighs 125 pounds. She was last seen wearing a blue sun dress with a boat anchor pattern and sandals.

Her daughter, Julia Hirsh, 7, of Birmingham, is 3 feet, 6 inches tall, and weighs 50 pounds. She was last seen wearing pink shorts and a pink shirt with red boots.

“Both missing persons were last seen on Thursday, April 18, 2019, in Rushton Park, located at 3000 Highland Ave.,” Williams said. “It is reported that Mrs. Hirsh made contact with a family member by phone while she was at Petco on Highway 280 at approximately 5:15 p.m. Mrs. Hirsh was driving a black Toyota, Rav–4 with tag number 1CZ7207.”

If there is anyone who has information pertaining to the whereabouts of Kristen Hirsh and Julia Hirsh, please contact Birmingham Police at 205-297-8413 or 911. Anyone with additional information on this investigation can contact Crime Stoppers @ 205-254-7777.