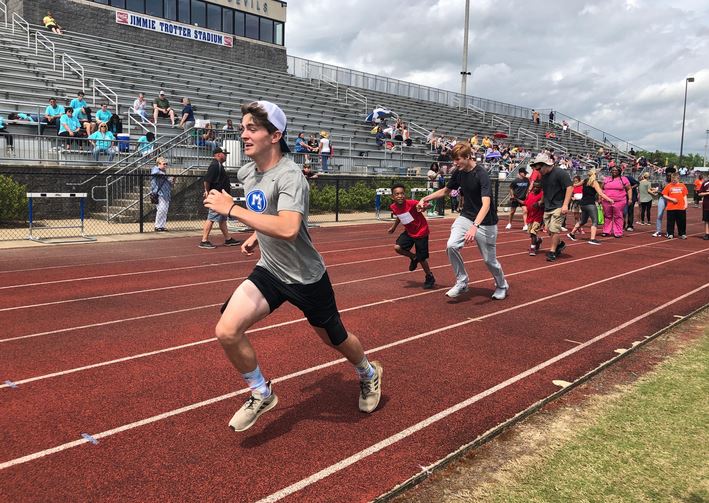 The competition began at 9:30 a.m. with spectacular performances in several exciting events such as the 50 meter, 100 meters, 200 meter and 400-meter races.

The day had the energy and excitement typical of any sporting event. Event goers were met and greeted by dedicated officials making sure that everybody was situated and able to get where they needed to be. One of the workers was Wanda Westbrook, who is the special events coordinator for the adaptive PE department. Her enthusiasm was contagious. 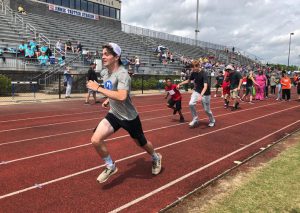 “It is one of everyones’ favorite events; it is typically what people think of when they hear Special Olympics because it is one of the most popular events,” said Westbrook. “It’s a day that the athletes look forward to all year. We’re glad we got a beautiful day, and Mortimer Jordan High School has been wonderful to provide volunteers.”

The Special Olympians had big fun on their big day. They laughed and joked with their friends in between events, but when the starting gun went off, it was all business for them. They sprang across the track, holding nothing back, giving it their all and striding across the finish line to the cheers of an enthralled audience.

Coach Todd Keeney and educator Ann Willings, both of Mortimer Jordan High School, were on hand to lend their expertise to coordinating the student volunteers and conducting the races.

Keeney was proud of the volunteers who encouraged the Special Olympians, raced alongside them, assisted with logistics and met the champions with smiles, hugs and high fives at the finish line.

“My volunteers were awesome,” Keeney said. “We had volunteers from multiple schools, especially Mortimer Jordan. I know Pinson Valley brought a couple of their clubs, and they were very helpful at the finish line. All the schools sent volunteers, some of them brought peer helpers, and some of them brought adult workers that helped up with events. A few of our local schools were nice enough to allow for us to take care of their substitutes and loan (us) teachers.”

Many of the volunteers were student-athletes from Mortimer Jordan High School.

“Our student athletes, they loved it,” Keeney said. “It made their day. When I asked them if they would do it, not one single kid said no. They all said yes. They were all smiles from the time we started to the time we finished.”

Keeney knows just how much the event means to the differently abled student-athletes that participated in it.

“It means the world to them,” he said. “A lot of these students knew our kids…the see our kids a lot. They come to our pep rallies and those kids absolutely enjoyed themselves, and it means so much to them.”

About 25 schools from within the Jefferson County School System were represented at the meet. 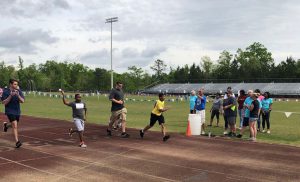 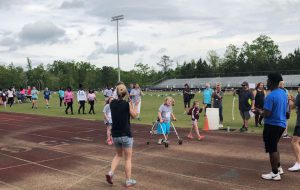 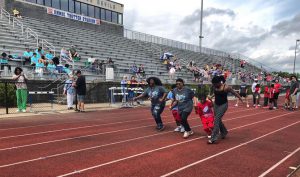