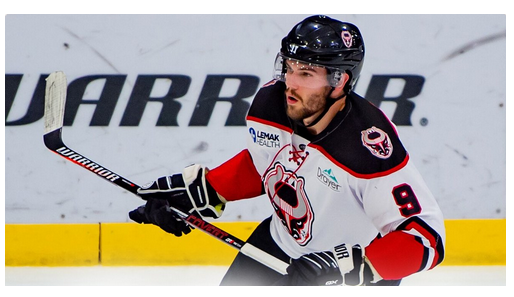 Photo courtesy of the Birmingham Bulls

Birmingham took advantage of a power play late in the first period to go up 1-0. SPHL Most Valuable Player Josh Harris scored from the keeper’s right side off an assist by Jacob Barber, with 9:26 remaining. 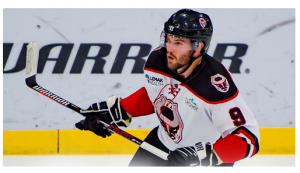 Photo courtesy of the Birmingham Bulls

The Havoc knotted the score at 1-1 when Sy Nutkevitch worked an assist from around the net to set up a John Schiavo goal with 4:32 to play in the first period.

Huntsville pushed in front in the second period on a goal from Kyle Sharkey. Sharkey netted a second goal in the third period to extend the Havoc’s lead, 3-1.
Less than a minute after falling behind by two goals, Shane Topf scored the Bull’s second goal to make it a 3-2 game with 4:13 remaining.
Christian Powers sealed the win with an empty net goal for the Havoc with 48.5 seconds remaining.

Mavric Parks collected 37 saves in net for Birmingham and allowed three goals before subbing out to leave the net empty with 1:38 to play. Huntsville goalie Max Milosek had 32 saves.

The Birmingham Bulls conclude their second season in the SPHL with a 39-15 regular season record and 4-4 mark in the playoffs.