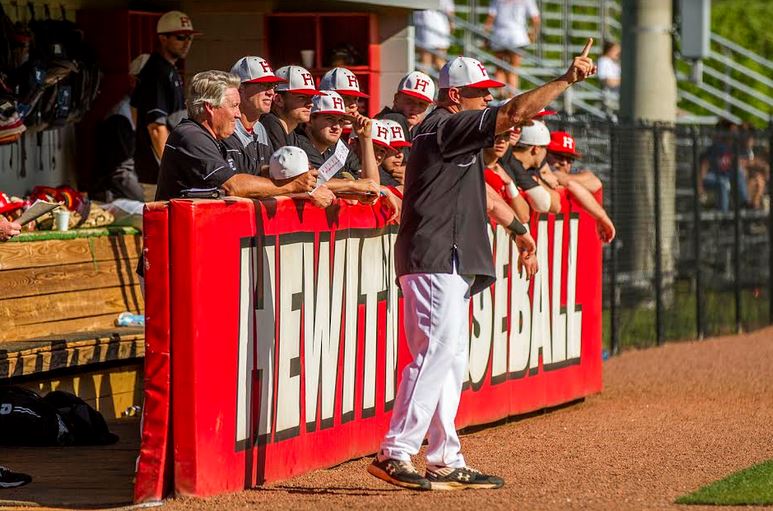 TRUSSVILLE – Huskies baseball accomplished a major goal Saturday. They won the first round of the state playoff games. With their two game wins, in the best of three series, another major accomplishment happened. Huskies Baseball Head Coach Jeff Mauldin secured 600, and then 601 career wins.

Mauldin used the occasion to bring attention to, and praise, the many student-athletes that he has worked with over the years. 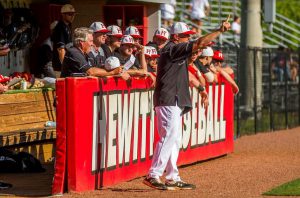 “It is important because it shows you how blessed you are to have the kind of players you’ve had through the years,” said Mauldin. “When I see 600, I start to think of the kids I coached in Clay-Chalkville, the kids I coached at Pelham and the last seven years here, and what a blessing it’s been through the past 20 years to coach the caliber of people that we have coached.

“Now that we’ve won, it is neat that it happened and that it happened here on our home in the playoffs. This is the first time in my career we’ve had a, kind of a milestone victory, in a monster setting like this.”

“The biggest thing you think about that is you think about your players, but you also think about your coaches,” said Mauldin. “Our coaches work harder than anybody. Coach Schrupp has been with me 18 of the 20 years as a varsity coach, but he was with me before then. He was my middle school coach…we’ve been together over 20 years. So yeah, I’m the head coach…but he deserves the same credit for the same amount of wins.

“It is humbling to be honest. It is humbling and it makes me feel blessed. None of it would be possible without our coaches and then the players. We just do our job, we work our tails off and we try and put them in the spots where they’ll be most successful.”

Lastly, Mauldin took the opportunity to point out how supportive Trussville City School’s has been of the baseball program.

“Our school here has supported us,” said Mauldin. “Trussville City Schools has done an amazing job to give us things that we need to be able to beat bigger schools than us. We’re one of the smaller 7A schools in the state but we don’t think that way. The school system built us a locker room, we’ve got a weight room we share with the softball team, there is stuff like that that other people don’t have and since we’ve got it, we take advantage of it. We’re blessed, we’re absolutely blessed.”

“My daughter sent me a text yesterday and today saying…‘Daddy, I love you; go do what you do and honor God,’ and that is what it is about,” said Mauldin. “Wins are wins and losses are losses, but at the end of the day, God has put us here for a reason and that is to impact the kids. That’s what we want to do, and I feel great about what we do here.”

There was a third big event for Mauldin on Saturday. In addition to the Huskies securing a place in the next round of playoffs and winning the 601 games, it was also his wife’s birthday.

“My son sent her a text this morning that said, ‘Happy Birthday, I love you, you’re the best mom ever, you’re my number one girl, I’m broke right now so I can’t get you anything so I might as well get you a W,’” said Mauldin. “And she’ll take it. That is probably the best birthday present she could get.”