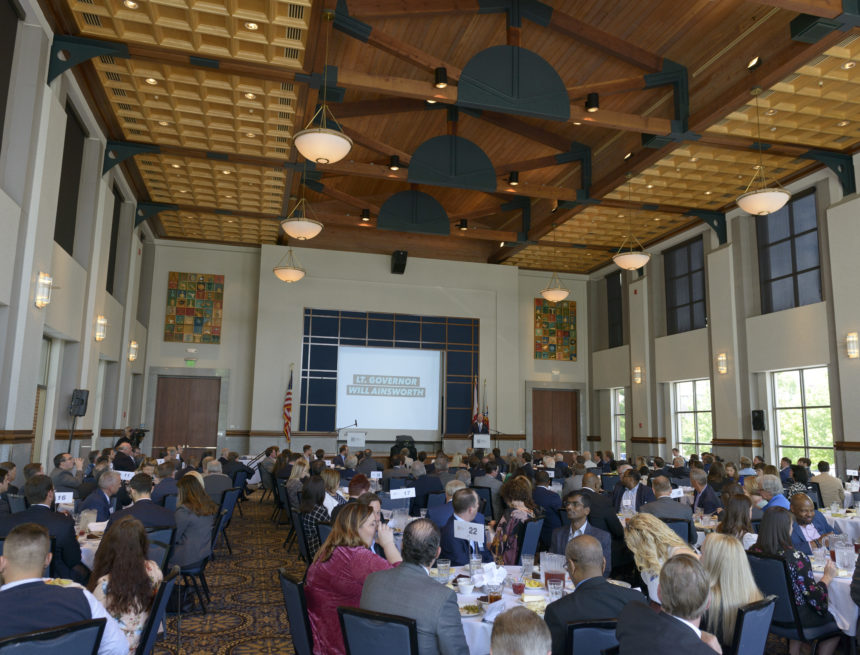 Manufacturers of the Year named

Posted By: Erica Thomason: May 02, 2019In: Business, Metro/State/Nation
Print Email

MONTGOMERY, Ala. – ZF Chassis Systems of Tuscaloosa, Milo’s Tea of Birmingham, and OnPoint Manufacturing of Florence were named the state Manufacturers of the Year by the Business Council of Alabama and the Alabama Technology Network.

ZF won in the large business category. The company employs 484 workers and supplies Mercedes-Benz U.S. with axle systems for the C-class sedans.

OnPoint won in the small category. It employs 25 workers who design, craft, and distribute custom-made clothing.

Each year, the Business Council of Alabama and the Alabama Technology Network honor small, medium, and large-sized companies that demonstrate superior performance in manufacturing. The winners are chosen by a panel of industry leaders and finalists are invited to downtown Montgomery for a lunch event with state dignitaries.

This year’s keynote address was given by Lt. Gov. Will Ainsworth, who shared with the crowd that his father’s company, Progress Rail of Birmingham, was named Manufacture of the Year in 2001.

“I was in college then, but remember how much that honor meant to him and his employees,” Ainsworth said. Manufacturing plays an important role in our state’s economy, and one of my top focuses as lieutenant governor is maximizing our workforce development efforts so companies can grow and thrive here.”

Flanked by several of his employees, ZF Plant Manager Brad Newman accepted the award saying the company’s culture allows workers to make a difference in the community.

“I want to thank the Business Council and the Alabama Technology Network, everyone involved in this event,” Newman said. “But mostly I want to thank my team. Without a doubt it is the strongest, most capable workforce I’ve ever had the opportunity to serve as a leader. We want to be a good supplier, but we also want to make a difference in our community. This team has been doing things in workforce development that weren’t heard of five years ago, and they are the reason we’ve been able to make a difference for people who otherwise might not have a shot.”

“We may have the best products, but if we don’t have the best people, we will not succeed,” she said. “Most people in our state know our brand, but they might not know a lot about our company. One thing that makes us special is our culture of innovation.”

“On behalf of OnPoint, we want to thank the BCA and ATN and all the sponsors for this award,” Best said. “We are very proud of what we accomplish in Florence, Alabama, being able to couple the technology with the workforce.

“Five years ago we manufacturing only one brand of clothing, and now there are over 40 brands we work with worldwide. So we’ve really been able to focus on the efficiency and sustainability aspects of on-demand apparel.”

The Business Council of Alabama is a governmental affairs organization that advocates on behalf of its member companies for business-friendly policies in the state legislature.

Katie Boyd Britt, president and CEO of the Business Council, said the awards a chance to “shine a spotlight on manufacturing excellence and to give those who have invested in Alabama the acknowledgment and promotion they deserve.

“Quite simply, this is an opportunity for the business community to say, ‘job well done!’ to some of Alabama’s most successful industries.”