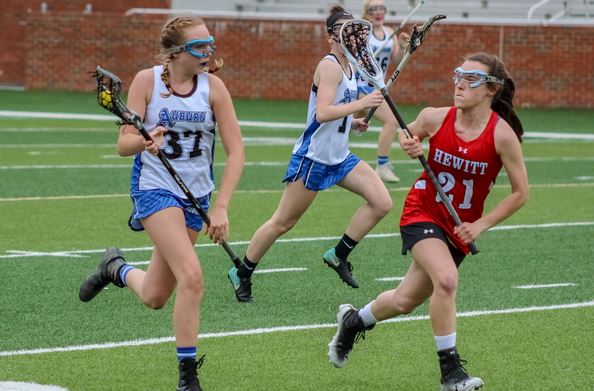 Posted By: Trussville Tribune staffon: May 05, 2019In: Sports
Print Email

TRUSSVILLE – The Hewitt-Trussville girls’ lacrosse team will take on Homewood in the first round of the playoffs Sunday, May 5. The two teams will square off at 6:30 p.m. at the youth football field at Trussville’s athletic complex.

Homewood is the #11 seed, and a win on Sunday will lead to playing the number three team on Tuesday, which will be either Auburn or Spain Park.

Hewitt-Trussville finished the season with a record of 6-6 and, going into the first round of the playoffs, is sixth in the league. That record was amassed over a 12-game regular season that stretched from February to April. 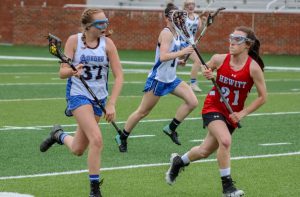 The girls’ lacrosse team is a high school club sports team and has a faculty sponsor, Lisa O’Neal. They compete in the Greater Birmingham Youth Lacrosse Association (GBYLA). This association includes teams from Birmingham, Auburn and the Huntsville area. Some of the teams in the league are Mountain Brook, Vestavia, Jackson Olin, Hoover, Spain Park, Homewood, Auburn, Oak Mountain and James Clements.

“We have 20 girls on the squad,” said head coach Tom McCormick. “Many have played since middle school. We have two seniors on the team, one of which is a first-year player, Faith Andrzejewski, who plays attack. The other senior is Lily McCormick- attack. Lily just signed a lacrosse scholarship to play at SCAD (Savanah College of Art and Design in Savanah, Georgia). SCAD is currently the No. 1 team in NAIA lacrosse and won the championship in 2017 and 2019. Lily is the all-time scoring and assist leader for Trussville lacrosse, having amassed 211 goals in high school and over 45 assists.”

Top scorers for the Huskies this year are:

“Our defense is led by several juniors on the team Liberty Andrzejewski in goal,” said McCormick. “Savanah Martin and Machaela Charles as the ‘backers’ in our zone defense. A backer is the girls who run the defense and help double the ball and act very much like a linebacker in football.”