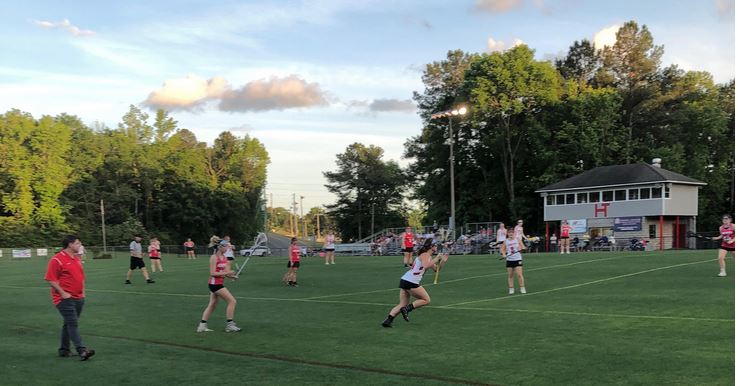 HT lacrosse defeats Homewood, advances to next level of playoffs

Posted By: Trussville Tribune staffon: May 06, 2019In: Sports
Print Email

TRUSSVILLE – It was a high energy matchup as Hewitt-Trussville lacrosse took on Homewood for the first round of the playoffs Sunday, May 5.

The teams met up at the Trussville athletic complex with both groups of athletes playing their hearts out, but there can only be one winner and thanks to superior play in both offense and defense, that winner was the Huskies by a score of 15-5. 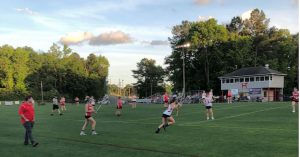 “Fifteen goals are pretty good,” said Head Coach Tom McCormick, “I think that is the second or third highest we’ve scored all year long. We had six girls score goals. That is pretty good considering we have 20 on our team and probably eight or 10 only play defense. Two girls had the hat trick, and one girl had six. That is pretty good distribution.”

Every time the ball hits the ground in lacrosse, each team has the opportunity to pick it up and make for the goal. The Huskies dominated in groundballs, which, in part, accounts for their big win.

“The best thing right here was groundballs,” said McCormick. “That is why we beat them. We had 24 ground balls. That is usually how you win.”

The Huskies were also able to dominate in possession time of the ball through capitalizing on most of the draws.

The top scorers in the game were:

Lily McCormick and Savanah Martin both had an assist.

“We only allowed 10 shots for the entire day, and they scored five goals,” said McCormick. “So, that is pretty outstanding.”

The Huskies advance to the next round of the playoffs and will play Auburn at Auburn starting at 6:30 p.m. Tuesday, May 7. 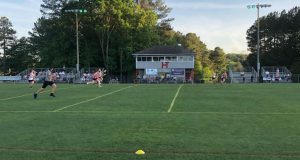