Teens from Hoover and Birmingham identified as drive-by shooting suspects

Posted By: Erica Thomason: May 10, 2019In: Local News
Print Email
By Erica Thomas, Managing Editor
TRUSSVILLE — Two people arrested after a drive-by shooting in Trussville have been identified.
Josiah Rawshawn Johnson, 19, of Hoover and Christian Jordan Minter, 19, of Birmingham are both charged with discharging a firearm into an occupied dwelling. 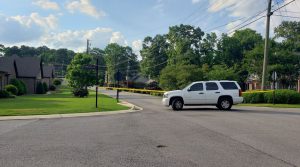 Trussville investigators said the two had a disagreement with someone at the home on Vanessa Drive on Wednesday, May 8, 2019. The home was shot into but no one was hurt.