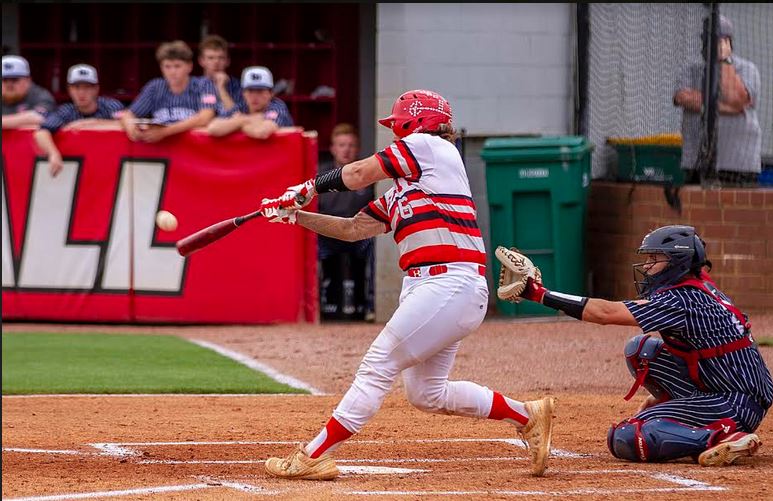 Posted By: Trussville Tribune staffon: May 11, 2019In: Sports
Print Email

TRUSSVILLE — It was a long, hard-fought game that took thirteen innings to complete and could easily have gone the other way, but in the end, Bob Jones defeated the Huskies by one run, with a score of 5-4, in the second and final game of the series.

After a couple of scoreless innings, Bob Jones was able to break things open in the bottom of the third. A double by Cam Hill gave Bob Jones a run. Later in the third, a single from Dylan Ray sent Bob Jones’ second run across home plate.

Bob Jones’ third run came in the bottom of the fifth when a single by Cam Hill sent Michael Strickland home. 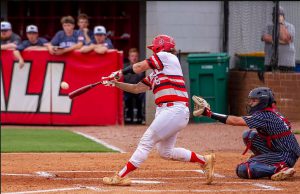 A double play by the Huskies ended the seventh and sent the game into extra innings.

In the top of the ninth, a hit by Hudson Boren drove in a run and gave the Huskies their first lead of the series. A homer by Bob Jones tied the game back up in the bottom of the ninth.

The score remained tied until the bottom of the 13th inning when a walk, drawn by Tyler Jones, advanced the winning run for Bob Jones.

Creed Parker took the loss for Hewitt-Trussville. He gave up four hits and two runs. He struck out three. Parker pitched for six and a third innings.

The Huskies saw the ball well, racking up a total of 10 hits in the game. Mauldin, Keith Lanum and Defnall all contributed multiple hits to the Huskies.

After the game, Head Coach Jeff Mauldin said a few words about how thankful he was for this year’s team.

“I’m thankful God has blessed me to be their coach,” said Mauldin. “They showed me the fun of the game again. These kids, especially this senior class, have made me really enjoy coaching and having fun. I walk in a locker room all the time, and I just smile when I see them.”

Mauldin was also proud of the work, commitment and ethic the Huskies have brought to their game.

“They did it the right way,” said Mauldin. “That’s something that I want everybody to know. I’m proud of our kids and the program because we do it the right way. We don’t cut corners; we work hard, we’re respectable, we respect the game, we respect our opponents. I’m as proud of these kids as any other team that I’ve coached in the last twenty years. We’ve won state championships, and I’m as proud of this team as any team we’ve ever coached. This was an incredible year for us. We battled the number one team in the state with extra innings in two games. We had a chance to win both games. One play in each game and we sweep them. They made one extra play than us in both games. This is 7A baseball at its best.”

Mauldin is confident these student-athletes will take something positive from the game, and the season.

“It’s tough to see our kids upset,” said Mauldin. “But they’re going to look back tomorrow, next week, a month from now and really understand how special this group was. Without getting too emotional, this was a really fun group of guys to be around. They made everyday fun. We won an area championship; we won a tournament in Gulf Shores, we played in the final four, you can’t ask for more than that. Not every kid gets to experience what these kids have experienced.”

Although this concludes the year for the Huskies, Mauldin wouldn’t trade his time with these young men for anything.

“Last year this group got to play for the state championship, this year (they were) in the final four,” said Mauldin. “The only thing that could be better would be to win it all. But I wouldn’t trade these kids for whoever wins it next week. If someone could say, ‘Here’s their roster (take it) and you’re going to be state champion,’ I would say, ‘No thanks.’ I’ll take these kids and how we’ve played in the last 24 hours here over anybody that wins the state championship. These kids are going to hold a special place in my heart, and these coaches’ hearts, for a long time (as well as) the lessons they’ve taught us as coaches this year.”