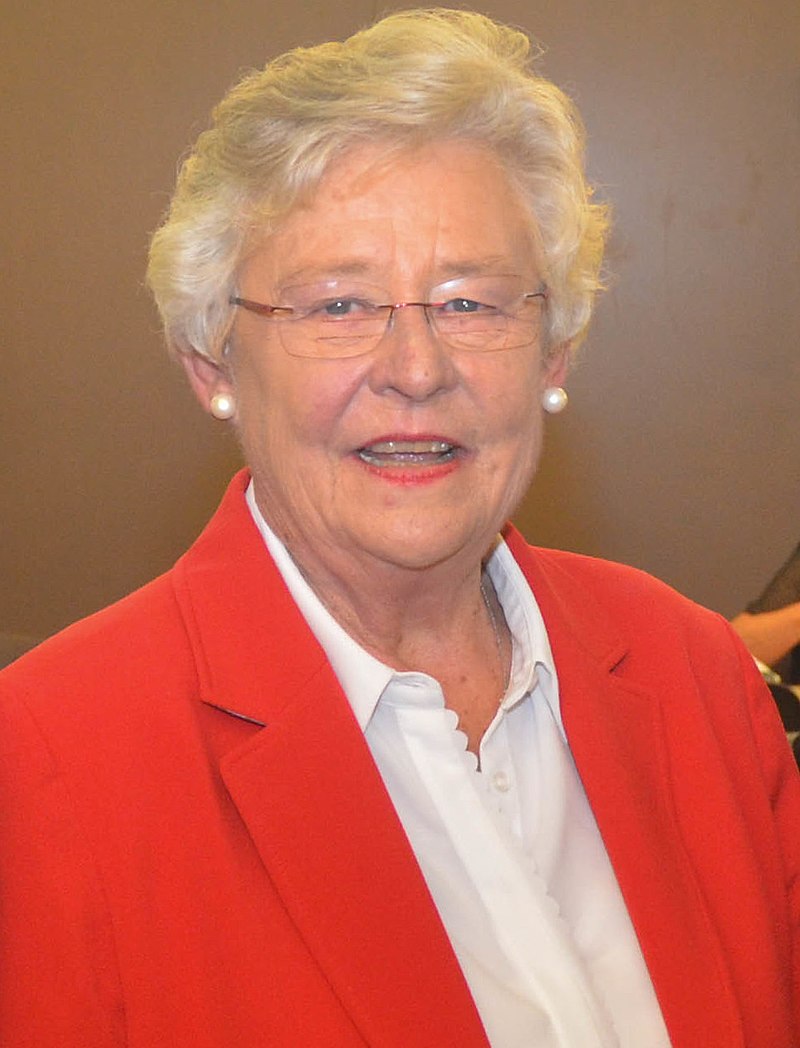 Ivey: Bill for appointed K-12 board would fix ‘broken’ governance

Posted By: Online Editoron: May 13, 2019In: Metro/State/Nation
Print Email

Legislation to potentially replace Alabama’s elected K-12 board of education with a commission of governor appointees will be voted on in a Senate committee on Tuesday.

The proposed constitutional amendment from Sen. Del Marsh, R-Anniston, has the support of Gov. Kay Ivey, who is also president of the board of education.

She said that’s not the fault of students or “our many good, dedicated teachers and administrators all across the state.”

“… the fact is our current system of governance is broken and desperately needs fixing.”

Marsh has been involved in much of the major education-related legislation in recent years, including the Alabama Accountability Act, which allows public dollars to follow students to private schools, and the creation of charter schools.

“If we look at some of the problems we see in education, I think we can track them back to that the elected board isn’t working as smoothly as you’d like it to,” Marsh told Alabama Daily News.

Marsh said he’s not pointing fingers at anyone, but his proposal would take politics out of K-12 governance.

Senate Minority Leader Bobby Singleton, D-Greensboro, said he’s “a little apprehensive” about the bill and intends to talk with education groups about their support for or concerns about it.

The bill says membership of the commission should reflect the “geographical, gender, and racial diversity of the students enrolled in public K-12 education in the state.” Black students make up about 32 percent of the student population.

The Alabama Constitution says the state board oversees public schools and “shall be elected in such a manner as the Legislature may provide.”

Ending the elected board takes voter approval and the constitutional amendment would be on the March 2020 ballot, along with the presidential and U.S. Senate primaries.

Marsh said the legislation is one of about a half dozen priority bills he wants to see passed in the remaining weeks of the session.

Alabama is one of only six states with an elected school board.

States that are performing at the highest level all have governor-appointed boards, Marsh said.

Alaska, Arkansas, Connecticut, Florida, Hawaii, Illinois, Kentucky, Maryland, Massachusetts and Missouri have the governance structure Marsh’s bill would create, according to the Education Commission of the States.

“What are those states spending on their kids?” Singleton said.

With the exceptions of Florida and Missouri, all those states spent more per pupil than Alabama’s $9,236 in 2016, according to Governing Magazine.

And other factors to be accounted for, he said.

“I’ve got kids that have to travel 30 minutes to an hour to get to school,” Singleton said. “And then, they may be in a school with a leaky roof.”

Board member Jeff Newman, a Republican whose northwest Alabama district includes the Shoals, Lawrence County, western part of Limestone County and northern part of Tuscaloosa County, said he wasn’t surprised by Marsh’s bill, given recent suggestions from the State House.

In 2016, Rep. Terri Collins, R-Decatur, chairwoman of the House Education Policy Committee, sponsored late in the legislative session a bill to allow the governor to select the state superintendent.

In 2017, Marsh said doing away with the elected K-12 board could be part of a larger discussion of how to streamline K-12 through post-secondary education.

In 2018, Sen. Greg Albritton, R-Atmore, sponsored legislation to make the state superintendent a governor appointee who would then select a “board of counsel.” That legislation did not advance out of committee.

“Elected board or appointed board, the challenges aren’t going to go away,” Newman said about factors like schools’ funding, special needs populations and students living in poverty.

In 2015, lawmakers created an appointed board to oversee the state’s community college system. Members are appointed by the governor and confirmed by the Senate.

But Singleton said he doesn’t feel like he has “the authority to say anything” to those board members.

Newman and other board members last week said they’ll respect the public’s vote, should the constitutional amendment get on the March ballot.

“I respect the right of the people to vote, but I also believe in elected officials,” Newman said. “You’re connected directly to the people that way.”

Board member Yvette Richardson, a three-term Democrat whose district includes Tuscaloosa and Birmingham, said she’s heard rumblings of an appointed board since she began serving.

She said Ivey called board members on Wednesday before the legislation was filed Thursday.

She also said the partisan board works well, “unifying to make the best decision on behalf of students.”

Board member Cynthia McCarty, R-Anniston, is in her second term. Her district includes Morgan County.

“Yes, we have faced challenges in Alabama education, not least the budget cuts during the Great Recession, but serving our children is always the first priority,” McCarty said.  “I support giving Alabama citizens the right to decide what is best.”

“We’ve got to get our kids more competitive,” Melson said. “Our kids are just talented as any in the country, but we’re not bringing it out of them.”