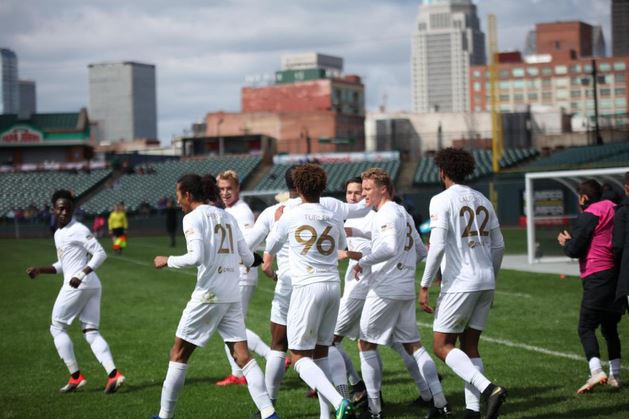 Posted By: Trussville Tribune staffon: May 14, 2019In: Sports
Print Email

Two-time defending UCL Cup Champions Louisville City FC avenged a home loss in March to the Birmingham Legion with a 3-0 shutout win at BBVA Compass Field on a rainy Saturday night, May 11.

Magnus Rasmussen gave Louisville a 1-0 lead in the sixth minute, followed by a Lucky Mkosana goal in the 23rd minute for a two-goal lead at the half. Louisville extended its lead in the 53rd minute when Luke Spencer slid into the box to tap in a goal.

Chandler Hoffman had two shots on goal saved by his former team in the 30th and 60th minutes.

The Legion remain home Wednesday, May 15, when it hosts West Chester United SC at 7 p.m. in the U.S. Open Cup Second Round. The game will be broadcast on ESPN+. Birmingham travels to North Carolina FC on Saturday, May 18, for a 6 p.m. CT start, televised on My68.