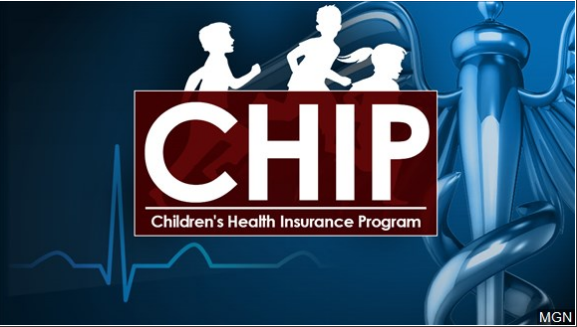 Posted By: Erica Thomason: May 14, 2019In: Metro/State/Nation
Print Email

The $35 million Alabama needs for a federal health care program for low- and mid-income children isn’t in either of the state’s two budgets progressing through the Alabama Legislature.

Lawmakers appear to disagree about whether the 2020 funding for the Children’s Health Insurance Program belongs in the General Fund, which funds Medicaid and other public health expenses, or the education budget, as Gov. Kay Ivey suggested.

“Those are discussions we’re going to have to have over the next couple of weeks,” House General Fund chairman Rep. Steve Clouse, R-Ozark, said Monday when asked where CHIP funding will land.

Ivey put it in her recommended education budget prior to the start of the session as part of a bigger plan to stop diverting money from the Alabama Department of Transportation and win more approval for the 10-cents-a-gallon gas tax that lawmakers approved in March.

But the Senate-passed $7.1 billion education budget does not have Ivey’s recommendation in it. Neither does the $2.1 billion House-approved General Fund budget.

“It’s not timely for education to be absorbing General Fund expenditures when it has a $105 million carry forward,” Senate education budget chairman Sen. Arthur Orr, R-Decatur, said about available money not being spent.

Officials have said that extra money will be needed for Medicaid and CHIP in 2021. But Orr says if the money is available now, it should be spent.

Lori Jhons, a spokeswoman for Ivey, said Tuesday the governor is “watching the changes the Legislature makes very closely.”

Clouse said he thought Ivey’s proposal was a good compromise.

“(CHIP) is definitely an educational item,” he said.

The argument for keeping CHIP in the education budget is that students who don’t feel well don’t learn well.

“I believe it belongs with Medicaid in the General Fund,” Sen. Tim Melson, R-Florence, said. “It was a stretch to say it helps children learn better so it belongs in the education budget.”

The education budget is now in the House, the General Fund budget is in the Senate.

“The question is, who is paying for CHIP?” Sen. Greg Albritton, R-Atmore, said. He’s chairman of the Senate General Fund committee.

About 174,000 Alabama children receive health care funded through the federal Children’s Health Insurance Program. About 88,400 of those children are on Medicaid and the other 85,500  are enrolled in All Kids, a program for low- and middle-income families.

Congress last year extended CHIP for 10 years, but states will have to start paying for a portion of the program in 2020. The increase for Alabama is $35 million.

“I don’t think the (education budget) should take on the whole load, but a portion of it,” Clouse said about 2021.

“We’re paying health insurance for children from some wealthy families,” Rep. Lynn Greer, R-Rogersville, said. He’s on the House General Fund committee and wishes the state had more control over All Kids enrollment.

“I’m not saying we should do away with it,” Greer said. “I’d like to keep it, but put some control over what put into it.”

Medicaid enrollment guidelines are federally mandated and out of states’ control. States used to have more authority over All Kids’ enrollment, but haven’t been able to make changes to restrict enrollment since a maintenance of effort requirement went into effect when the Affordable Care Act was signed.

“The penalty is that the state would lose all of our Medicaid funding,” Alabama CHIP director Cathy Caldwell said.

There is one federally approved option available to the state: It could rollback the income limit from 312 percent of the federal poverty level to 300. But Caldwell said that would remove few children from the program. Most of the enrollees are on the lower end of the income bracket.