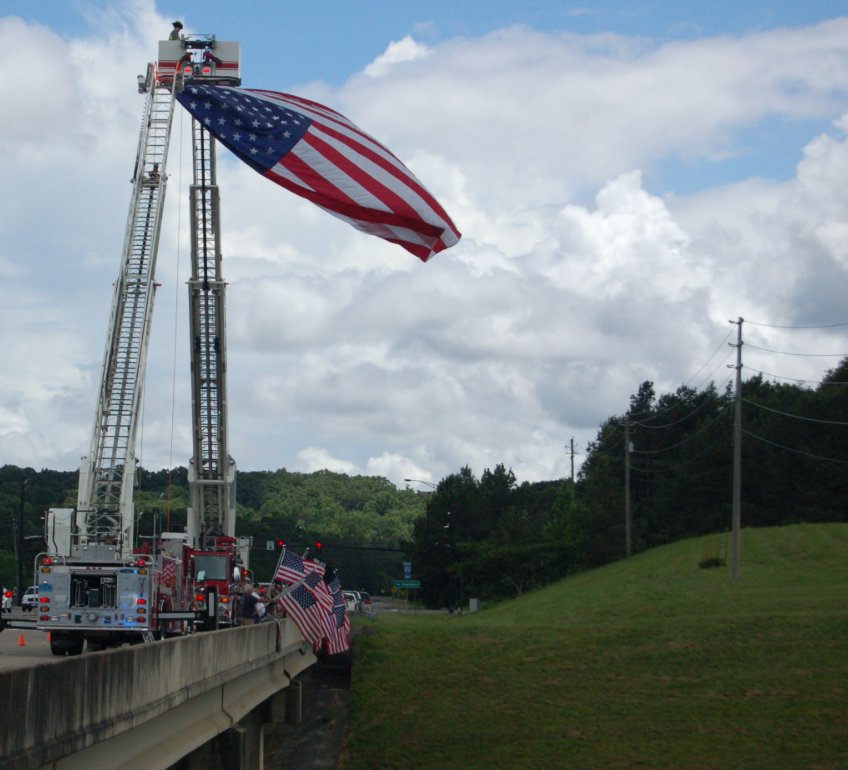 TRUSSVILLE — Citizens of Trussville and surrounding communities will only have a small window to witness one of the most moving shows of respect to veterans on Tuesday, May 21, 2019.

The southern route of the ride is expected to be coming through Trussville via Interstate 59, sometime between 12:45 p.m. and 1:30 p.m. The Trussville Fire Department will be displaying a large flag on the Deerfoot Parkway overpass.

American Legion Post 205’s Commander Tony Berenotto is inviting everyone to come out and show support.

“The Clay & Trussville communities are exceptionally patriotic and they can come out and show their support for this great cause,” Berenotto said. “…To call for an accounting of all Prisoners of War and those Missing in Action (POW/MIA), to honor the memory of those Killed in Action (KIA) from all wars, and to support our military personnel all over the world. There is a particular focus on the Vietnam War.”

The American Legion will gather on the overpass. Anyone who like to join them can track the group live through the live tracking map online. 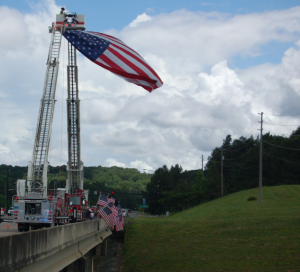 The procession of hundreds of motorcyclists is traveling from California to Washington, D.C. There are also northern and central routes. They all started in Ontario, California, on May 15, and they will all meet back up in Arlington, Virginia, on May 24. They will then travel together, to Washington, D.C., to the Vietnam Veterans Memorial. There will be a parade Friday at Marine Barracks in Washington.

The purpose is to promote healing among all veterans, according to the Run for the Wall website. The ride was started in 1989 by Vietnam veterans James Gregory and Bill Evans as a way of supporting veterans and to call for “an accounting of all Prisoners of War and those Missing in Action.”

Check out the photo gallery of last year’s event at www.TrussvilleTribune.com.