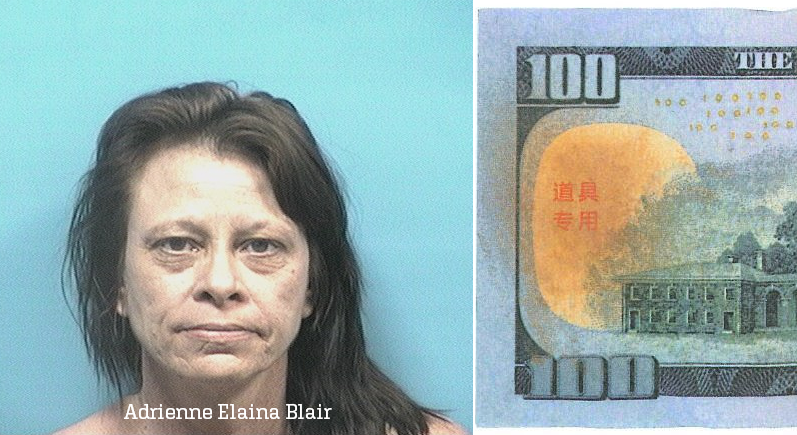 SHELBY COUNTY — The Shelby County Sheriff’s Office warned fake money could be in circulation after tens of thousands of counterfeit bills were taken from a Wilsonville home.

Adrienne Elaina Blair, 48, of Wilsonville was arrested on charges of possession of a forged instrument first degree, unlawful possession of marijuana second degree and unlawful possession of drug paraphernalia. The arrest was made on Tuesday, May 21, 2019, after investigators with Shelby County’s Criminal Investigation Division discovered $40,200 in fake $100 bills at a home on Glenn Road.

The sheriff’s office said all the fake bills have the same serial number: LB4544078L and they all bear apparent Asian characters stamped on the rear. Detectives said at first glance, the bills look and feel real. 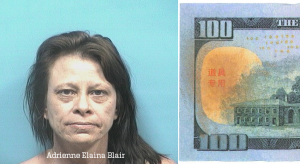 At least one other agency has reported currency of a similar description being tendered at a local business. The Shelby County Sheriff’s Office did not specify which agency reported the fake money. Merchants are asked to carefully inspect any $100 bills.