GRAND JUNCTION, Colo. — Clay-Chalkville alum Blake Petty and the Walters State Community College (Tennessee) baseball team are three wins away from a World Series championship. The Senators’ next game in the NJCAA Division I World Series, presented by Alpine Bank, is Wednesday, May 29, at 8:30 p.m. CDT against Central Arizona or Iowa Western in the quarterfinals. The championship game is Friday at 8 p.m. CDT.

Walters State (54-9) defeated Cowley College (Kansas), 16-12, in the first round Saturday, and then used a two-out, two-run single by Michael Robinson in the bottom of the ninth inning Monday night to give the Senators a 6-5 win over Navarro College (Texas). 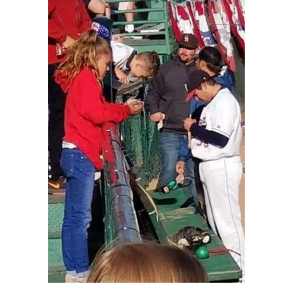 Petty pitched in relief in both games. On Saturday, he faced only one Cowley batter in the bottom of the seventh, allowing a two-run triple.

On Monday, Petty was called from the bullpen in the top of the sixth inning with the Senators trailing, 5-1. Inheriting a runner and one out, Petty walked his first batter before getting a fly ball and pop up to end the inning. In the seventh, he allowed one walk and struck out two to hold Navarro scoreless and hitless through 1 2/3 innings. His pitching stopped the bleeding, as Jack Collins took over in the eighth for two scoreless innings to earn the win. Walters State scored three runs in the eighth and two in the ninth to complete its comeback.
Petty has logged 20 appearances during his redshirt freshman season. The left-handed pitcher has 44 strikeouts through 31.1 innings pitched.
To follow the NJCAA DI World Series, visit jucogj.org.
Share on Facebook Share
Tags: Blake PrettyNJCAAThe SenatorsWalters State Community CollegeWorld Series
Share 0
Tweet
Share
Share