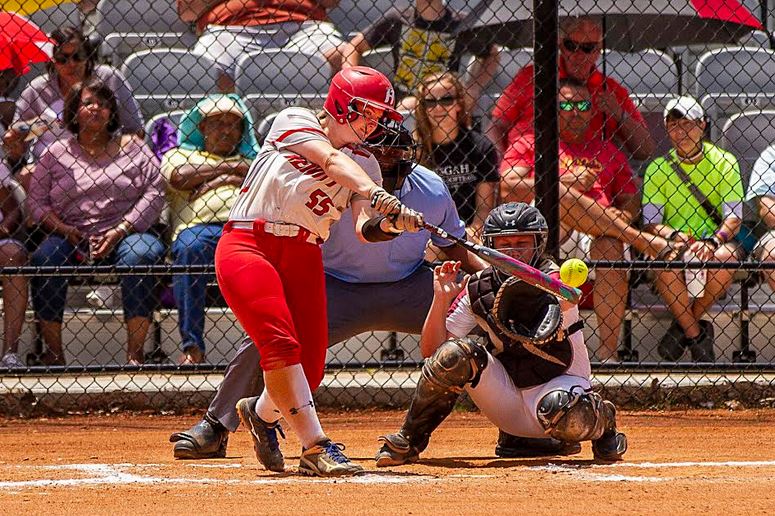 Crystal Maze at the bat Photo by Ron Burkett / Tribune

Posted By: Trussville Tribune staffon: May 29, 2019In: Sports
Print Email

TRUSSVILLE – Almost everyone knows that MVP stands for Most Valuable Player. However, for those that have not competed at that level, it is a little hard to appreciate exactly what it takes to get there. Fortunately, we have student-athlete Crystal Maze to tell us a little bit about it. And she knows what she is talking about. After the Huskies’ stunning win of the 7A State Softball Championships, Maze was named MVP.

“I won the MVP award, which is a great honor and is super exciting, although, I do believe it was an all-around team effort and every person has a valuable contribution to the win,” said Maze. “Winning the award was definitely one of the greatest feelings besides winning the state title. It made me feel awesome that I could step up and help my teammates with winning state.”

MVP is no mere honorary designation. It is not a popularity contest or a measure of congeniality. MVP may have a level of subjectivity to it, but that subjectivity has to be built on a base of cold, hard achievement. And Maze’s stats show that she certainly has what it takes to be an MVP.

Maze was all-state at third base last year.  She was on the 2018 Max Prep Freshen all-American team. She had 2018 regions best with 28 doubles and a team-best with 73 hits. She had 67 RBIs, 59 runs and ten home runs in 2018. She batted over .500 last season and batted .500 for the state tournament with no strike-outs. Maze had five home runs this year, playing only a half-season after coming back from hip surgery. 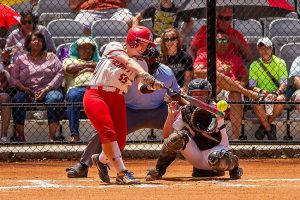 Crystal Maze at the bat
Photo by Ron Burkett / Tribune

Reaching that level does not happen by accident. It takes hard work, dedication and more than a little bit of sacrifice.

“I’ve had to sacrifice most all my summers playing for the Birmingham Thunderbolts,” said Maze. “I miss a lot of the things that other girls my age get to do. The friendships I have made through softball are priceless.”

Softball is a team sport, and Maze understands the importance of working as a unit towards a common goal. She knows that hard work, dedication and sacrifice is not just for herself. It is also her team, teammates, coaches, school and community.

“My teammates are my best friends,” said Maze. “They make all of the hard work worth it, and there are no other girls I would rather be on the field with. Coach Taylor is, no doubt, the glue that holds us together. We are so fortunate to have her as our coach. She has been with me through all of the adversity I have faced this season, and I can’t thank her enough for helping this program be where it is today.”

As for teammates, the senior Huskies have a special place in Maze’s heart.

“The seniors have been with me since the very beginning and have always been the ones I have looked up to,” said Maze. “They have become my family, and I’m going to miss being on the field with them.”

While it will be a couple of years before Maze is a senior herself, she has already given thought to her plans, and they involve softball.