Justin Hrin Stegall, 22, of Northport, was arrested and charged with five counts of possession of child pornography on Thursday, May 23, 2019. Court documents show warrants were issued after someone reported Stegall, a substitute teacher at Hewitt-Trussville Middle School, had photos of students on his phone.

Neill said the State Department of Education (ALSDE) showed Stegall’s credentials before he was hired to work for Trussville City Schools.

“In this case, Mr. Stegall’s credentials stated that he had ‘completed an ASBI/FBI criminal history background check and is suitable and fit to teach under state law,’” Neill said. “There were no issues reported to the administration while he was a substitute teacher.” 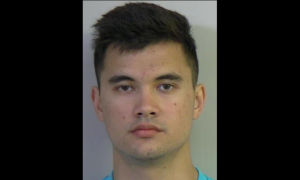 Stegall had never been charged with a crime and there was no information available to the school system that would lead to officials questioning his capability and fitness for a job. Neill said as soon as she heard about the arrest, she moved to notify ALSDE.

“When I learned of the arrest for possession of child pornography in Tuscaloosa, I notified the state department of education of his arrest,” Neill said. “The Educator Certification Department verified the charges and changed his criminal background review in his credentials to ‘alleged misconduct.’

“It is important for the Trussville community to know that Mr. Stegall is no longer on our substitute teacher list, and he is not and will not ever be employed in Trussville City Schools in any capacity.”