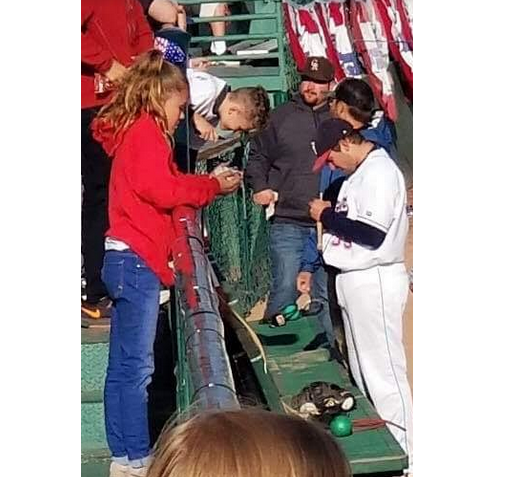 Posted By: Trussville Tribune staffon: May 31, 2019In: Sports
Print Email

GRAND JUNCTION, Colo. — Walter State College’s dream of a repeat appearance in the NJCAA Division I World Series fell one win short as the Senators finished tied for third place May 30.

While the result is not what the team wanted, it was the program’s ninth appearance in the World Series and only the second time Walters State made back-to-back appearances.

“It’s been a goal since we all came to campus Day 1,” said Clay-Chalkville High School alum Blake Petty, a redshirt freshman for the Senators. “We worked hard for it and it was nice to finally be out here and see the benefits of what we’ve been doing all year.”

In addition to playing four games, players were asked for autographs by the locals and had a chance to visit the Colorado National Monument and the snow-covered Grand Mesa, considered the largest flat top mountain in the world.

“It’s been crazy,” Petty said. “They almost treat us like we’re Big Leaguers even though we’re pretty far from that. Grand Junction is one of the most incredible places I’ve ever been.”

The left-handed pitcher appeared in three of Walters State’s four games in Grand Junction, including a key outing in the team’s second win of the tournament, a 6-5 walk-off win over Navarro, in which he pitched 1 ⅔ scoreless innings. His third appearance came in the 10th inning Thursday night in The Senators’ 12-5 loss to NJCAA finalist Central Arizona.

Walters State rallied from three runs down to tie the game, 5-5, in the bottom of the ninth inning. Central Arizona had two on with no outs in the top of the 10th when Petty took over for Jack Collins on the mound. He gave up one hit, loading the bases, but a fielder’s choice retired the lead runner at home. With one out, Petty’s pitch missed inside to hit Brennan Reback and score the winning run. The loss was charged to Collins.

Central Arizona’s bats continued to be hot against the Senators’ bullpen after Petty’s exit, racking up four hits and an error to produce six more runs in the inning, two charged to Petty.

WSCC went 2-2 in the World Series, beating Cowley County Community College, 16-12, in the first round before the 6-5 win over Navarro. Iowa Western defeated WSCC, 11-8, on May 29 to send the Senators to the elimination bracket to face Central Arizona.

Iowa Western and Navarro are set to meet May 31 in an elimination game. The winner will play Central Arizona in the championship on June 1.