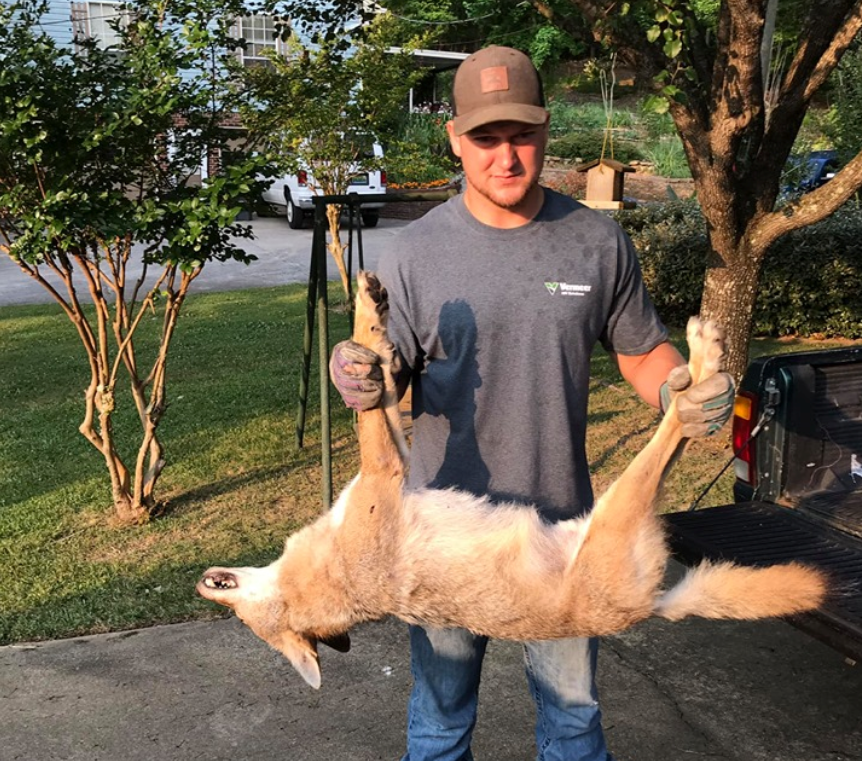 ARGO — It was around 3 a.m. on the morning of Monday, June 3, 2019, when an Argo homeowner’s dog woke him up with a growl. Roland Collins was home alone because his wife, Janice, was on a mission trip to Honduras. He sat up in bed and heard a noise in the basement. Collins said he knew there was something strange going on because his dog is not the aggressive type. He got out of bed and headed down the stairs with his pistol in-hand.

“I’ve heard stuff before and I don’t usually grab my pistol, but I did and I went down to the basement,” said Collins.

As he reached the basement, Collins wasn’t sure what he would find. What he saw was not what he had imagined.

“I flipped the light on and opened the door at the same time,” he said. “About six feet in front of me was this big coyote standing in front of my dead cat.” 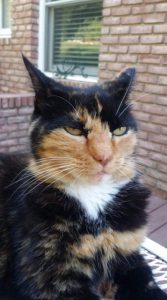 The beloved feline, Sunny, had been killed by the coyote. The coyote was still inside the house.

When the wild animal saw Collins, it became frantic and tried to escape.

“We kind of looked at each other for a second and it turned and ran,” said Collins.

The coyote climbed up the shelves, lining the basement wall, knocking things down and making a mess. Collins said it even appeared to try to climb the walls to try and get out.

“He went berserk in the basement,” Collins said. “He was in the workshop in the corner of the basement and had nowhere to go. He tried to run out of the doggy door, where he had come in, but he missed it.”

Collins did what he felt he had to do. He raised his .380 pistol and pulled the trigger.

“He lifted up his leg and I saw a white spot and I didn’t even have time to aim,” Collins said. “But it was only one shot and he was down. 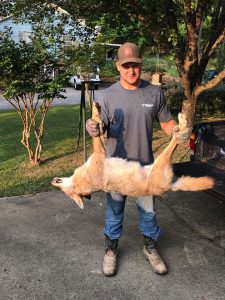 “I probably couldn’t hit a garbage can if I tried. I don’t know how I did it. The whole thing happened in 10 seconds. I didn’t even have time to get scared.”

Collins called his grandson, Tyler Bruce, right away. Bruce came over from Springville and helped his grandfather.

Collins said he is not surprised wildlife has made its way into residential areas of Argo.

“They are putting in 300 houses here and they have cleared a tremendous amount of land,” he said. “People are encroaching on them.”

The large coyote was malnourished and covered in ticks, according to Collins. He said he believes it would’ve been hard for the animal to go after wild game because of its poor health condition. 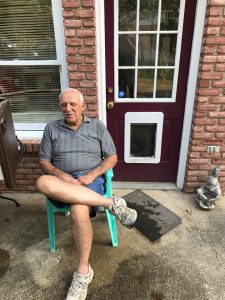 Roland Collins at his home, in front of the doggy door where the coyote entered the home.

Collins is now working on covering up the doggy door.