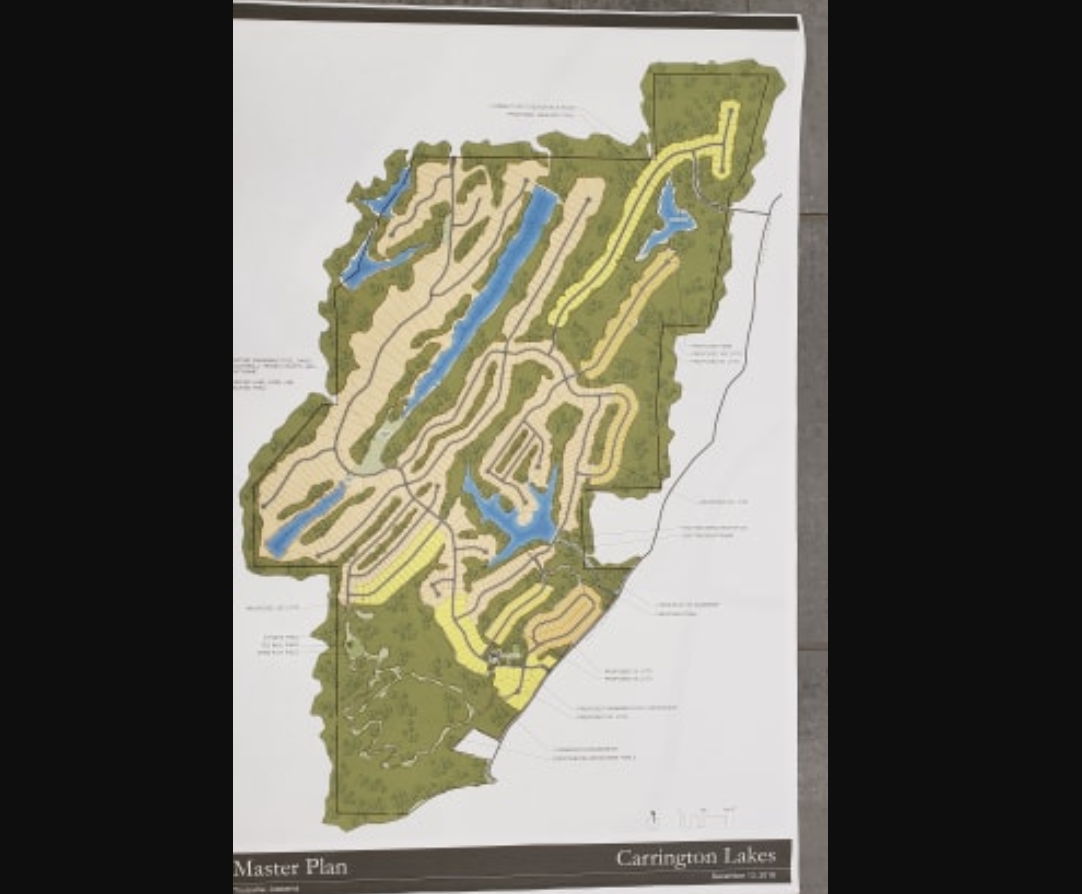 TRUSSVILLE — Trussville’s Planning and Zoning Board recommended one of two proposals to change zoning in two undeveloped parts of Carrington Lakes subdivision.

David Stovall, with Engineering Design Group, brought a previous plan to compare to the new plan for both properties.

One of the pieces of property was recently annexed into Trussville. The 10 acres sits in St. Clair County, so the state legislature had to approve the annexation. Now the developer, Black Orchid Equity LLC, wants to add garden homes to the piece of land. There are already garden homes in the area, particularly on Highlands Drive and Overlook Drive.

The other property, between Lakeridge Drive and Blackjack Road, is currently zoned R2. Stovall said the developer would like to have the property rezoned to RG, in order to develop less property while still building the same amount of homes in the area.

Stovall said the goal is to update the property to make it possible for a profit to be made.

“The green space that’s being left is much larger,” said Stovall.

Concerned homeowner, Ellen Lockhart, believes the developer is only keeping more green space because the terrain on the undeveloped parts of Carrington is full of ridges and would be very costly to develop.

“We have a lot of concerns about what that would do about our property values, congestion, noise, and the contractors haven’t been good about cleaning up after themselves,” said Lockhart.

Stovall said traffic would not be any different because the developer does not want to increase the amount of homes going into the subdivision, but rather wants to put the same amount of lots on less property. 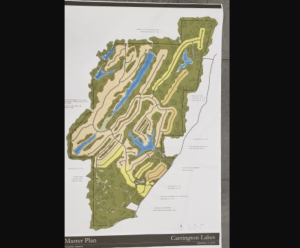 Lockhart said Black Orchid has already shown it is not looking for what is best for the community.

“We are concerned because the current developer in Carrington has continued to allow builders to build sub-standard homes in Carrington,” Lockhart said. “Because of this, our average home price has gone down.”

Stovall said some R2 properties would stay in Carrington Lakes. He said the developer is looking to add diversity to the subdivision.

“What we’re trying to do is get the remainder of Carrington Lakes updated to a sellable product,” Stovall said. “Of the 640 lots remaining on the master plan, the new master plan shows one less. We’re not adding more homes.”

He also said RG homes are not any less valuable than R1 or R2 homes. Stovall said existing covenants in Carrington Lakes will govern the size of homes built.

Only 10 minutes into his presentation, Stovall was met with strong opposition by vocal residents.

“There’s a bunch of lots out there in Carrington Lakes sitting with nothing on them,” Stovall said. “And the reason for that is that there’s not a market for it.”

The room erupted with unhappy residents saying, “That’s false!” and “That’s not true!”

Stovall said that over the years, several developers have tried to add homes to Carrington Lakes, and that none of the plans have been successful because of the opposition from the people who already live there.

“We worked for everybody that’s had their hands on this property so far,” he said. Regions took ownership after the financial downfall. They sold it as a toxic asset.

“Frankly, every time we came here it was a ‘no,’ so they weren’t able to do anything on the property,” said Stovall.

Homeowners who attended the meeting said they have been misled by past and present developers who have promised a high-quality product and delivered a lesser quality product. They also said landowners have intimidated them throughout the process.

“They re-write covenants without resident comments,” Lockhart said. “They try to strong arm us and basically, residents are just tired of it.

“We bought there because we had a certain standard and they have no regard to the standard that was originally there and that people bought into.”

Stovall said covenants and issues with the homeowner’s association are separate from the zoning issue, which is being discussed at this time. He said the developer has to do something to create revenue.

“Quite frankly, he’s not in it for fun,” Stovall said. “At some point we have got to do something because right now, there is nothing positive going on.”

The new plan for the property between Lakeridge Drive and Blackjack Road could include walking trails, a t-ball field, a new clubhouse and pool, and a place for outdoor recreation, according to Stovall.

During the public hearing portion of the meeting, several residents stood before the board to voice concerns, including the quality of the homes versus the quantity of the homes. Janice Brough, who lives on Lakeridge Drive, said she believes Carrington Lakes is not experiencing an issue when it comes to selling homes.

“Lakeridge is zoned R2 and they are building houses all down the block,” said Brough. “They are selling before they’re constructed, they’re selling at a 95% selling rate.”

Other speakers said the community is against the current rezoning proposal in great numbers.

Ellen Lockhart spoke up during the public hearing and said there are homes already being built in the subdivision that do not fit the standards of living expected in Carrington Lakes.

“There is a specific home right now being built,” Lockhart said. “It’s a slab house. It’s a complete misfit, it’s a disgrace to the look of the neighborhood.”

She continued to say the developer has not made himself available to people with concerns.

“We feel like we can’t trust him. He’s proven we cannot trust him and what he says. We have been bullied by him enough and we are not willing to take any more from him. We will stay strong. I think we’re stronger than ever against wanting this to happen,” Lockhart said.

Glenn Hamlin, who lives in Carrington Lakes, said he is concerned about a dam that is leaking in Lake 6. He said this could pose a safety issue for any development around the dam.

Some residents said if the rezoning is approved, they will consider moving.

In the end, the Planning and Zoning Board voted to recommend the city council approve the development east of Lakeview Terrace, with one abstain.

The board voted unanimously to recommend the city council deny the development off Blackjack Road.

The Trussville City Council will take up the issue in its regular meeting on July 9, 2019.