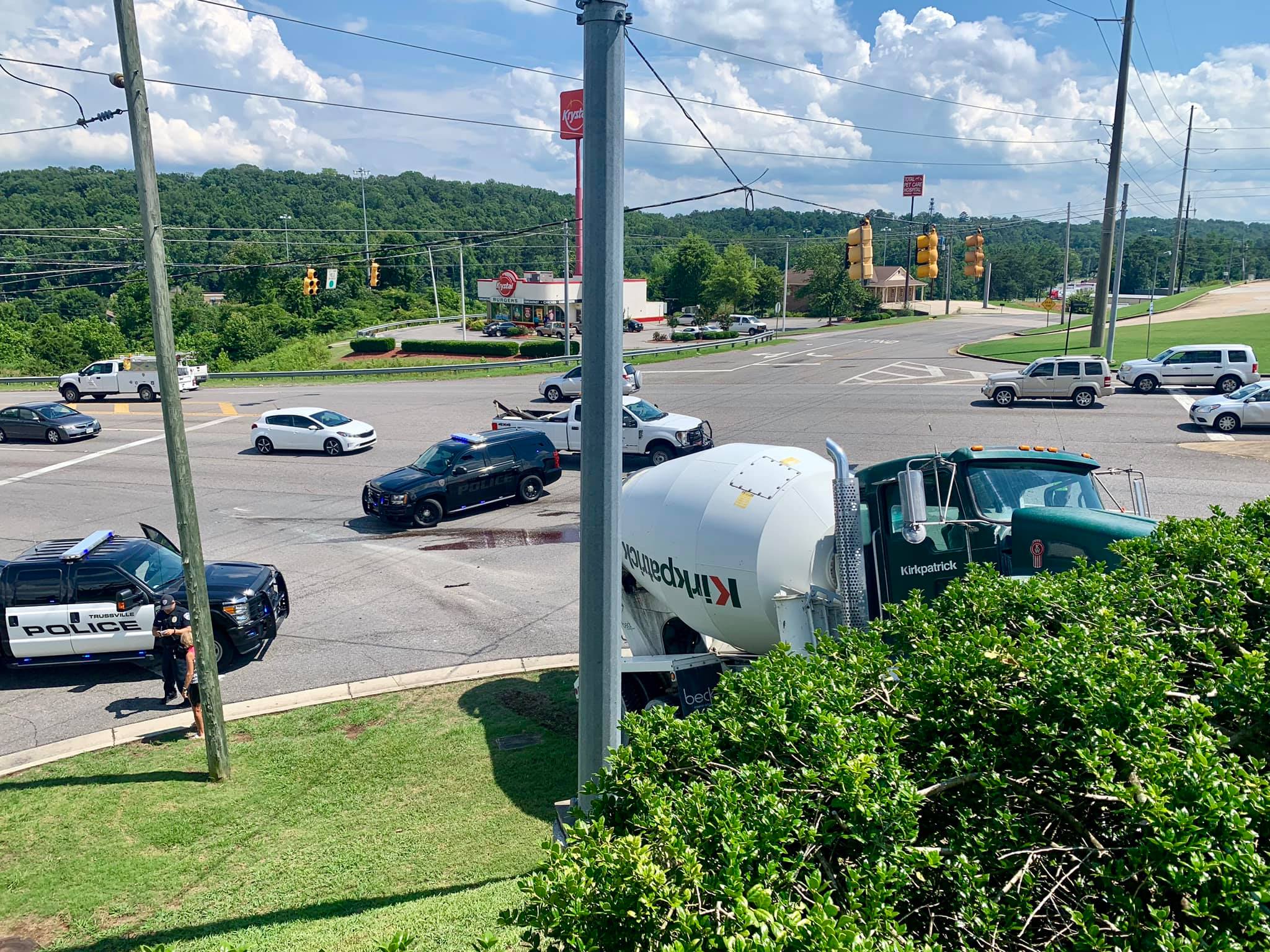 TRUSSVILLE — A Kirkpatrick Concrete truck was involved in a crash at the intersection of Chalkville Mountain Road and Service Road on Wednesday, June 19, 2019.

Trussville Fire and Rescue responded to the wreck at 2:50 p.m. Two vehicles were involved. One person, the driver of the truck, was taken to St. Vincent’s East by Trussville Fire, with minor injuries, according to Fire Chief Tim Shotts. 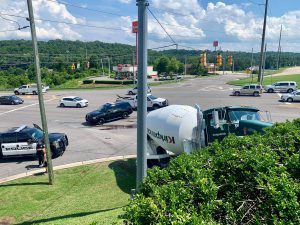 The driver of the car was treated on the scene.