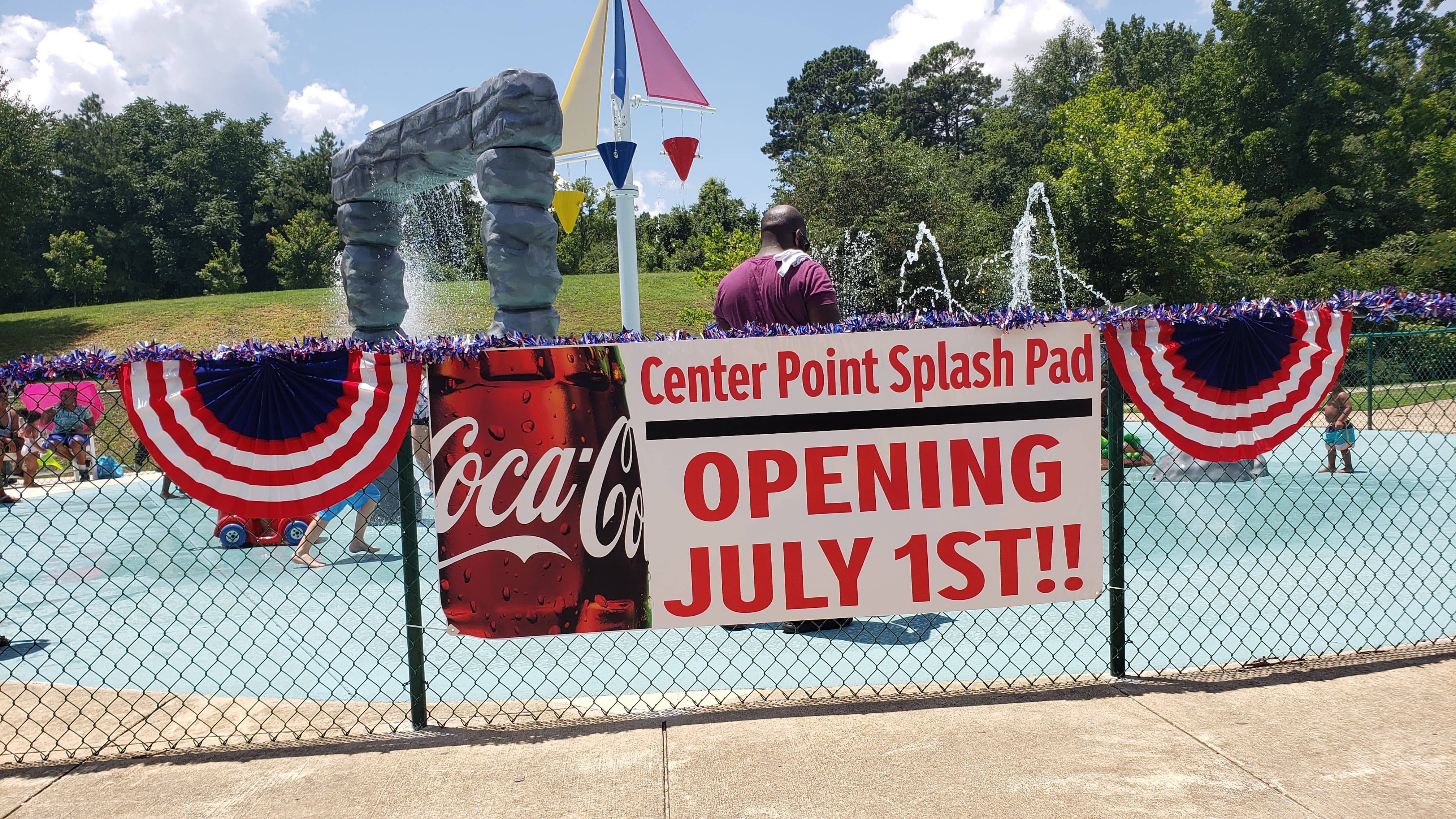 After years of planning, the pad and pavilion area is now open. The city has ordered picnic tables that will be added soon. Mayor Tom Henderson said the splash pad is a big step forward for the city of Center Point.

“We’ve been working on the splash pad for about five years,” said Henderson. “We had a lot of hurdles but it’s here now and we’re happy with it, especially happy that the kids have somewhere to go.” 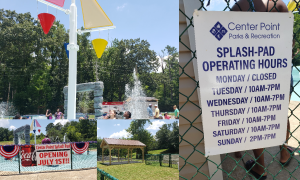 On the pad are two rocks and a large frog for kids with disabilities. The frog will talk to the kids and the rocks will vibrate in order for kids to feel their way around the water playground.

“I’m really proud of it. I think it will be great for the community,” said Henderson.

The splash pad was funded partly by a grant from the Alabama Department of Economic and Community Affairs’ Land and Water Conservation Fund. The grant paid for about $100,000 of the $180,000 splash pad. The city paid the remainder.