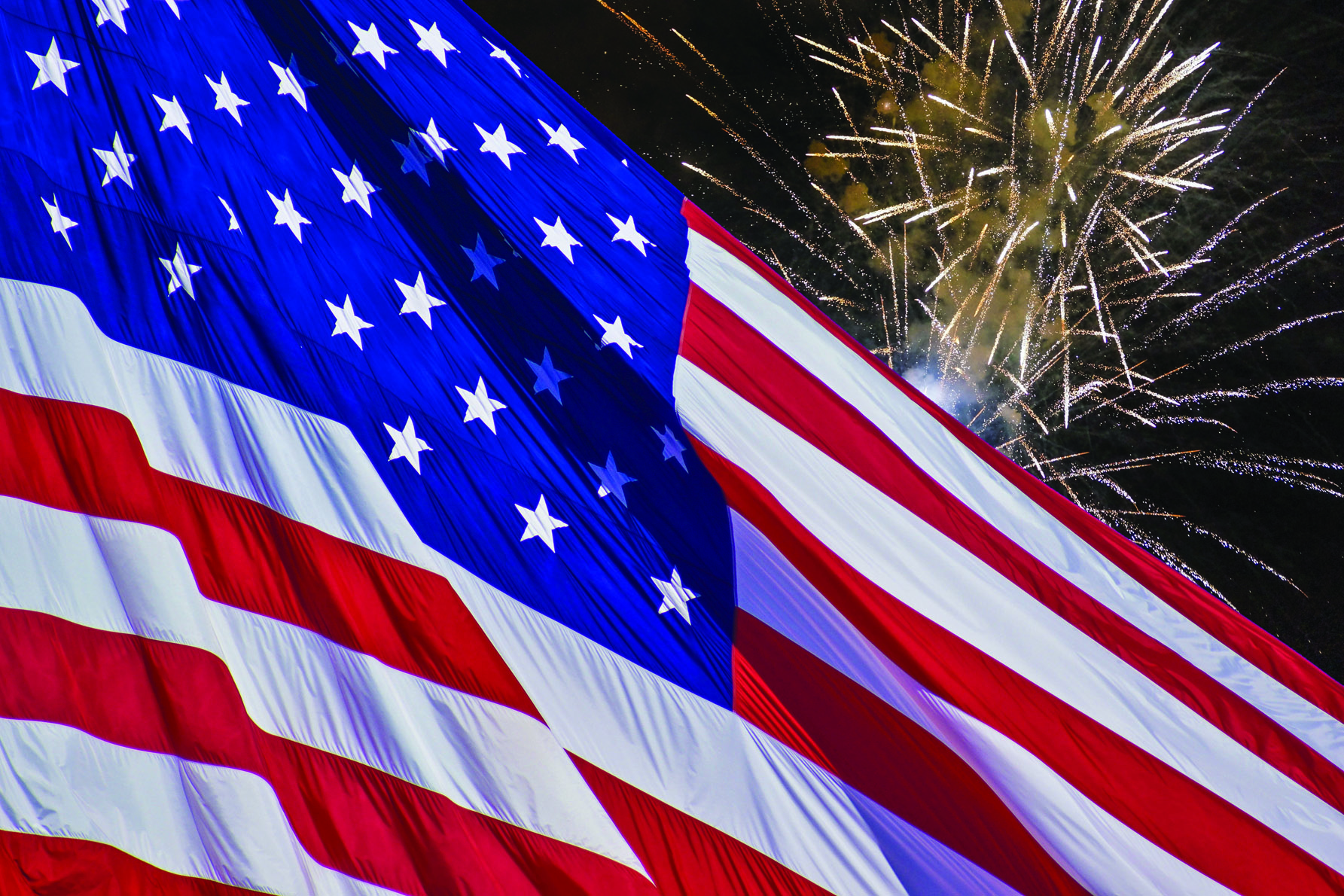 NEW YORK (AP) — The national holiday to mark America’s birth as a country will be filled with parades, concerts, competitive eating and of course, fireworks.

But Independence Day won’t be free from politics, as President Donald Trump’s plan for a celebration in Washington featuring a display of tanks , fighter jets and a stealth bomber is garnering support from some and protests from others.

Highlights from celebrations around the country:

The Macy’s fireworks show over the East River in New York City is said to be one of the biggest in the country. The fireworks spectacle, plus concert, is broadcast on NBC. Country powerhouses Luke Bryan, Maren Morris and Brad Paisley will perform. Jennifer Hudson, Ciara, Khalid and Derek Hough are also performing.

Boston is marking Independence Day with a traditional procession, speeches, a Boston Pops concert and fireworks.

Festivities begin Thursday morning at City Hall with a brief speaking program. Marchers will then set off for the Old Granary Burial Ground where Samuel Adams, John Hancock and other prominent colonial leaders are buried.

They’ll also make a stop at the Old State House, where the Declaration of Independence will be read out from a balcony by a member of the Ancient and Honorable Artillery Company — just as it was in 1776.

The procession ends at Faneuil Hall where Boston University Dean of Students Kenneth Elmore will deliver a speech in a tradition dating to 1773.

The Boston Pops orchestra performs at night with fireworks over the Charles River as a backdrop.

The nation’s oldest continuous Fourth of July celebration took place in Bristol, Rhode Island. The events began on Flag Day and culminated with a parade on July Fourth that drew tens of thousands. The annual celebration began in the seaside town in 1785.

Washington’s traditional Fourth of July parade was only the warm-up act as all eyes are on DC’s main event later — a speech by the president and a military parade that’s drawing both supporters and protesters.

Washington has held an Independence Day celebration for decades, featuring a parade along Constitution Avenue, a concert on the Capitol lawn with music by the National Symphony Orchestra and fireworks beginning at dusk near the Washington Monument.

This year though, President Trump plans to address the crowd at 6:30 p.m. EST.

He also summoned tanks and warplanes for the evening parade.

PBS will broadcast the concert from the West Lawn of the Capitol featuring host John Stamos and such performers as Carole King, Vanessa Williams, Colbie Caillat, Lee Brice and the O’Jays.

Around the country, more than two dozen naturalization ceremonies will be held to welcome in the newest Americans in places like the Liberty Bell Center in Philadelphia and George Washington’s home in Mount Vernon, Virginia.

Vice President Mike Pence celebrated Independence Day by welcoming 44 immigrants into “the American family” in a naturalization ceremony in the nation’s capital.

Pence said it was “deeply humbling” to stand on “the hallowed ground” of the National Archives in Washington before the Declaration of Independence, the Constitution and the Bill of Rights. He told the new U.S. citizens, who hail from 26 other countries, that he and President Donald Trump were extending to them “the welcome of the American people.”

“Congratulations to you all,” he said.

FOR THE KIDS AND KIDS AT HEART

At Legoland in Winter Haven, Florida, children can help create a giant United States flag out of LEGO bricks on July 4 as part of the Red, White and Boom celebration. Once the sun goes down, special viewing glasses will allow guests to watch “a gazillion bricks explode from the sky” above Lake Eloise during the theme park’s largest fireworks display of the year.

In Orlando, Walt Disney World is hosting a special show called Celebrate America! A Fourth of July Concert in the Sky on Thursday night.

In Philadelphia, the celebrations begin with a parade near Independence Hall and culminate with a concert featuring Meghan Trainor and Jennifer Hudson on the Benjamin Franklin Parkway. The annual fireworks show blasts off after the concert around the Philadelphia Museum of Art.

Police say 33 people protesting treatment of migrants and asylum seekers were cited after briefly interrupting the Salute to America parade in Philadelphia. The protesters, assembled by a group calling itself “Never Again is Now,” were demanding closure of border detention centers and abolition of the ICE agency.

A DIFFERENT KIND OF BOOM

The parade dates to 1986, when the town couldn’t find a marching band for its annual Memorial Day parade. Organizers approached radio station WILI-AM for help. Station officials said it was too late to organize and publicize an event for that holiday, but began planning for July Fourth, and the tradition was born.

Firefighters in South Carolina had to dodge exploding rockets to douse a spectacular fire that destroyed at least two containers of fireworks stored for sale on the Fourth of July.

The blaze early Thursday provided for an impressive, though sparsely attended show as shells and rockets burst through the metal containers, sending colorful showers into the air above the Davey Jones Fireworks and the House of Fireworks stores in Fort Mill.

Chestnut ate 71 franks and buns while Sudo chowed down 31. Both fell short of their records but easily took home the trophies.

A Key West man has won the Mile-High Key Lime Pie Eatin’ Contest on the subtropical island where the pie originated.

David Johnson plunged face-first into a 9-inch pie smothered with whipped cream during Thursday’s challenge. The rules forbid contestants from using their hands.

He consumed it in 58.2 seconds, besting 24 rivals in the kickoff of the annual Key Lime Festival.

Thousands of people were expected on Mississippi’s beaches for the July Fourth holiday even though they can’t go into the water because toxic bacteria are flourishing along the coast.

The Mississippi Department of Environmental Quality has warned that polluted Midwest floodwaters have fed an outbreak of cyanobacterium. Popularly known as blue-green algae, it can cause rashes, diarrhea and vomiting.