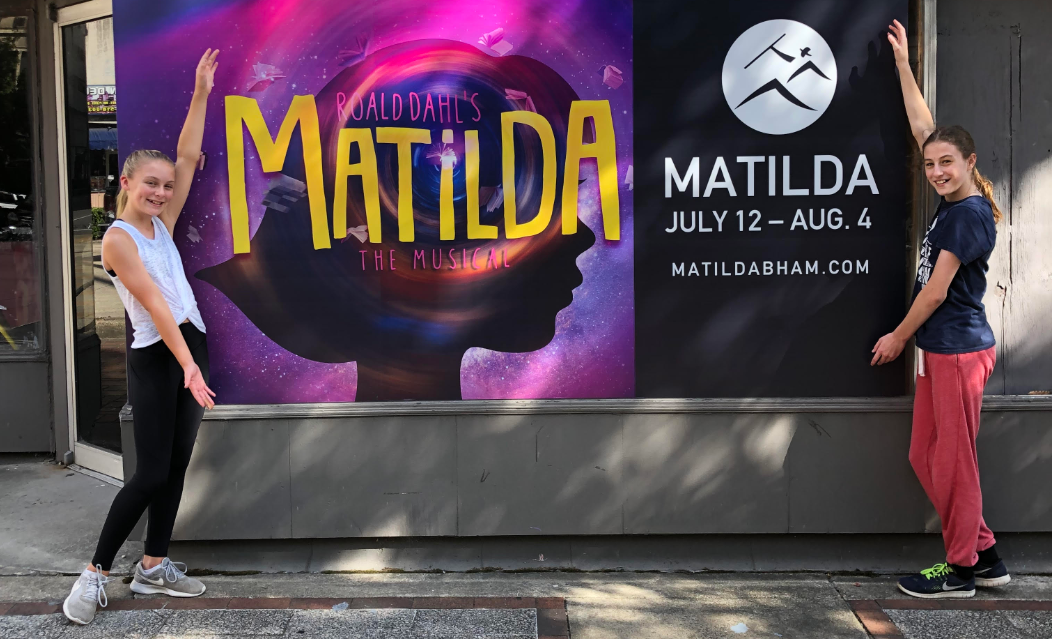 TRUSSVILLE — The magical story of “Matilda” is coming to life this summer at Red Mountain Theater and two Trussville girls will be a part of the big production. Aubrey Segars and Abigail Wideman will be in the children’s ensemble.

Auditions for the musical took place several months ago. Abigail Wideman’s father, Brad Wideman, said that after taking a theater class, his daughter discovered her interest in being on stage.

“I think the opportunity to really step outside of her boundaries is great,” Wideman said of his daughter. “She has done years and years of dance and she expressed interest this year in the theater.” 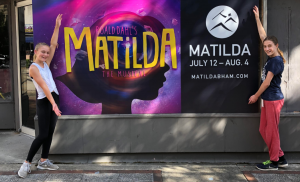 The 13-year-old, soon-to-be eighth-grader at Hewitt-Trussville Middle School, got her start in the spotlight just this past April in HTMS’ production of “Thoroughly Modern Millie.”

Segars, an upcoming seventh-grader at Alabama Waldorf School, has also been putting in the work to get ready for the 29-show production. The cast has been rehearsing for a couple of months, first at Broadway Bootcamp at Berry Middle School, and now at the theater in downtown Birmingham. They are working up to 12 hours a day, with the exception of Mondays, and leading up to the opening night, they will likely be rehearsing until midnight.

The mother of 12-year-old Aubrey, Keelie Segars, said participating in theater has given her daughter invaluable life lessons.

“They learn a tremendous amount about theater and acting,” said Segars. “But they also learn accountability, responsibility, and they develop a very strong work ethic.”

Aubrey got her start on stage at a young age. She was five years old when she had her first experience at Red Mountain Theater.

“It all started with a junior camp and progressed,” said Segars “‘Matilda’ is her second professional performance with Red Mountain Theater Company.”

Segars also said the kids are considered “athletes of the stage.”

“They are on stage, but they are also taking separate voice lessons or acting lessons, so it takes the same level of commitment as athletics,” said Segars. “It’s an All-Star or travel team type of commitment.”

Brad Wideman agrees and hopes the community will come out to support the musical.

“I am really proud of her for venturing out and doing something that she has an interest in,” said Wideman. “I think it’s a great opportunity for the residents of Trussville to go and support the girls.”

The musical production will be directed by Michael Flowers. Shows will be from July 12 through August 4 at the Dorothy Jemison Day Theater. Tickets are on sale now.