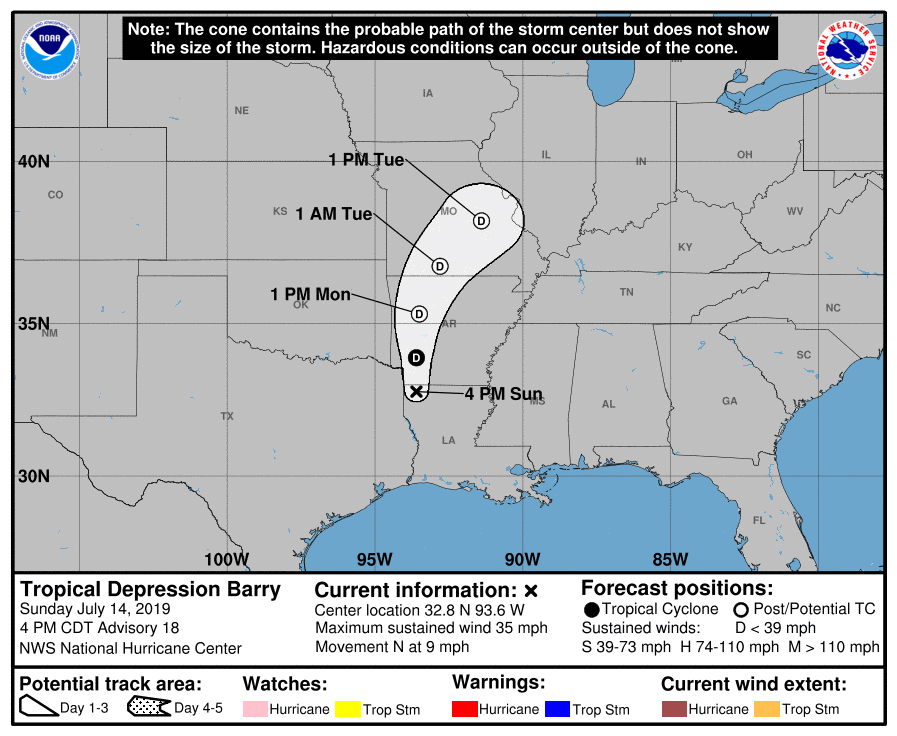 NEW ORLEANS (AP) — Louisiana’s governor says he is “extremely grateful” that Tropical Depression Barry did not cause the disastrous floods that had earlier been forecast.

In a news conference Sunday evening, Gov. John Bel Edwards said Barry’s rains could have been much worse. He says the state is now better prepared for future storms.

Edwards says more than 90 people have been rescued from 11 parishes because of the storm. He does not believe there have been any weather-related fatalities. 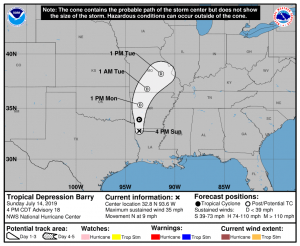 The governor urged residents to be cautious when going outside and to avoid any downed power lines.

Though the system was downgraded to a tropical depression Sunday afternoon and its winds were steadily weakening since it made landfall Saturday in Louisiana, Barry’s rain bands created a flooding and tornado threat stretching from central Louisiana to eastern Mississippi and beyond. Several Louisiana parishes were under flash-flood warnings Sunday night.

Far from the storm’s center, tornado warnings were issued Sunday morning in both states, though no serious damage or injuries were reported.