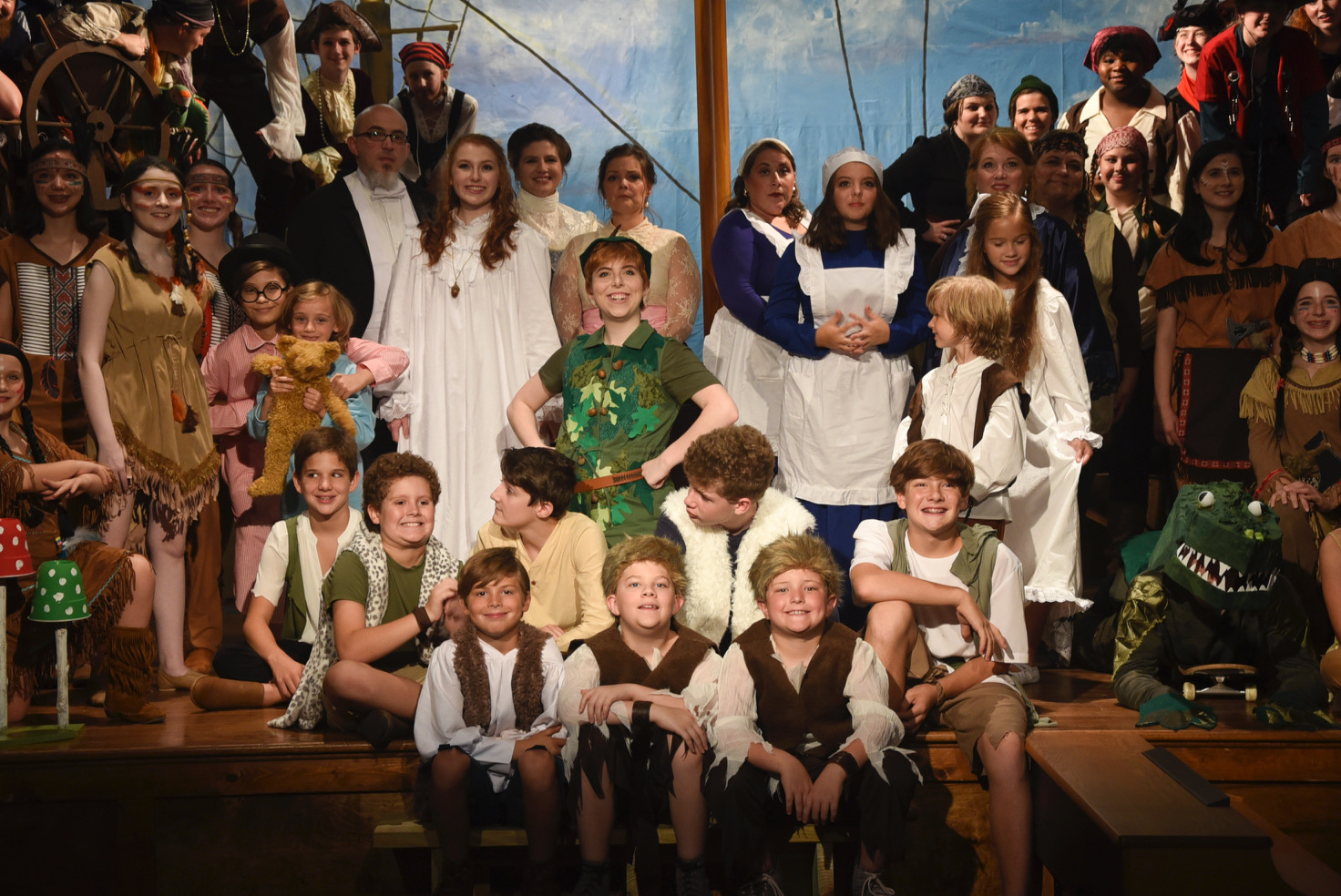 Under the leadership of June Morgan Mack of the UAB Department of Theatre, the Springville Community Theater has performed numerous children’s shows and workshop productions as well as Oklahoma!, Music Man, The Wizard of Oz, Seven Brides for Seven Brothers, The King and I, The Sound of Music, Annie Get Your Gun, Beauty and the Beast, South Pacific and Mary Poppins.  Each show gives opportunities to people of all ages to work together on a creative project with a cast of 70-100 and backstage and office volunteers of 50 or more.

“An experience like this not only fosters a positive community spirit, it also helps you develop new skills, build confidence, forge life-long friendships while providing a fun night for people to applaud their friends,” Mack said. 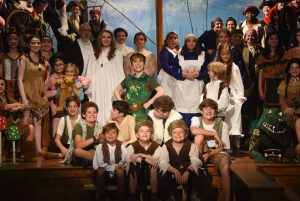 When the group began in 1976, the focus was on children’s plays. The goal was to allow children to gain confidence through public performance and for parents to see their children praised by their community, encouraging the children to strive for bigger and better things.  Over the years the group has expanded to large-scale shows requiring casts of all ages. The group is a true community theater in that they cast every person who auditions, anyone can work on the show with no experience, the staff is all-volunteer, and ticket prices are kept as low as possible so that anyone can afford to see the show.

This year, the group has a special “Help Peter Fly Fund” to cover the added expense of flying. The theater group has secured the services of a theatrical flying company out of Indianapolis, Indiana, to install the flying equipment and train actors to use it. 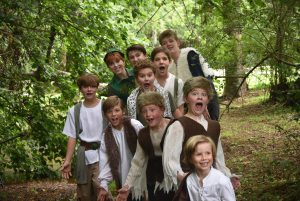 The shows are carefully chosen to fit the mindset of the community at the time of the production.  They performed Oklahoma! when everyone was worried about finances to remind them that they could live simply and go back to their roots to find inner strength.  Their last show, Mary Poppins, addressed the need to spend more time with family and slow down rather than rushing through life. Peter Pan was chosen because of its theme of a return to childhood, which the group feels is timely and practical when solutions to today’s issues seem out of reach.

“In the world of a child, anything’s possible, and it’s this type of thinking that can bring the best ideas forward,” Mack said.

Other themes include making friends with your enemies (symbolized by the Indians in the story) and being grateful for the little things in life — which can really lift one’s spirits in tough times.  As Peter says when he’s teaching the children to fly, “Think lovely thoughts and up you go!” 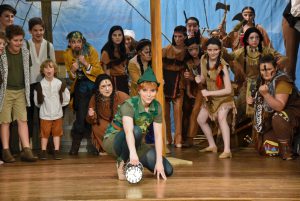 Peter and the Indians sneak on board the Jolly Roger. Photo: Angela Montgomery.

Briefly, Peter Pan is the story of a boy who refuses to grow up.  He leads little boys who are lost in London to a magical place called Neverland.  There they live in an underground hideout, befriend fierce Indians, fight pirates, and finally duel with a crocodile.  Add to this that Peter can fly and has a fairy sidekick named Tinkerbell.

The production is taking place at the Springville Middle School. Tickets may be reserved by going to springvillecommunitytheater.com or calling Donna Smith at (205) c937-0646 or Beth Bolton at (205) 601-1334.  Tickets are $10 for adults and $5 for children 12 and under. 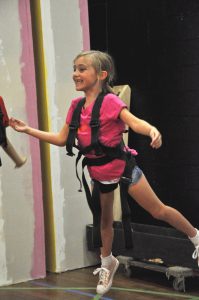 Emma Kate Cook flies for the first time in her role as Michael in Peter Pan. Photo: Angela Montgomery. 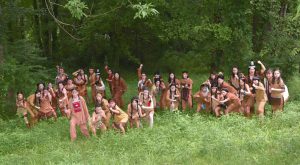 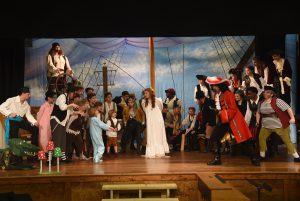 Wendy is tied to the mast of the Jolly Roger. Photo: Angela Montgomery.