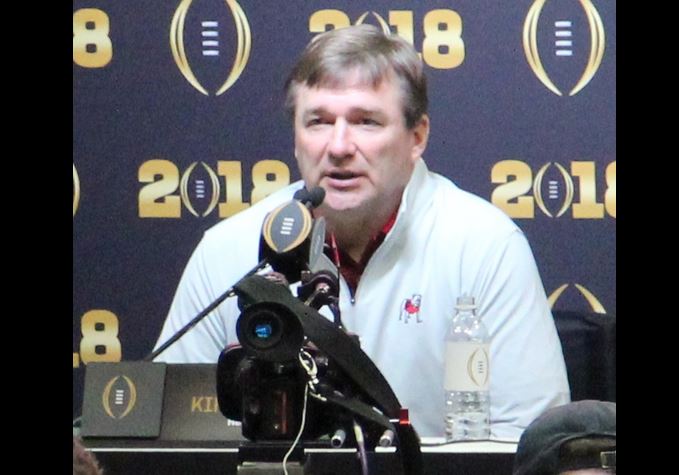 The Latest: Smart ‘well aware’ of challenge to beat Saban

HOOVER, Ala. (AP) — The Latest on SEC media days (all times local):

Kirby Smart is “well aware” of the inability of Nick Saban’s former assistants to beat him.

They said re 0-16 against the Alabama coach. But Georgia and Smart have pushed the Crimson Tide to the brink in a national championship game and the Southeastern Conference championship game the past two seasons.

Smart was asked Tuesday if he was confident that one of Saban’s former underlings would finally top him. He responded saying, “Am I confident someone’s going to beat him? Depends on how long he coaches.”

It could be Smart’s Bulldogs if the teams meet again in the SEC title game. Or Jimbo Fisher’s Texas A&M Aggies, who went 9-4 in his debut season and visit the Tide on Oct. 12.

Will Muschamp and South Carolina host Alabama on Sept. 14.

Smart deferred when asked if the next step for his team means beating the Tide. He says the next step is that opener against Vanderbilt.

Kirby Smart and the Georgia Bulldogs are once again aiming to unseat Alabama in the Southeastern Conference.

The Bulldogs appear at SEC media days Tuesday and are seeking a third straight SEC East title. Starting quarterback Jake Fromm is a big reason for the optimism. Fromm is joining Smart at media days, along with left tackle Andrew Thomas and defensive back J.R. Reed.

Georgia blew a two-touchdown lead against the Crimson Tide in the SEC championship game and lost to Texas in the Sugar Bowl.

With new offensive and defensive coordinators, the Bulldogs host Notre Dame for the first time.

Second-year Texas A&M coach Jimbo Fisher and quarterback Kellen Mond also appear. The Aggies are trying to close the gap in the SEC West. Tennessee and Mississippi also are appearing.