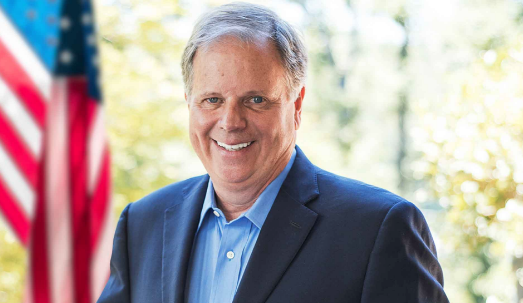 VIDEO: Senator Doug Jones Commemorates the 50th Anniversary of the Apollo 11 Mission and Alabama’s Role in the Historic Mission

WASHINGTON, D.C. – Senator Doug Jones (D-Ala.), on Tuesday, July 16, 2019, spoke on the Senate floor to commemorate the 50th anniversary of the Apollo 11 mission and Alabama’s vital role in making the mission a success.

“It was a remarkable feat made possible by the sheer determination and grit of the American space program and all of those who participated in it,” Senator Jones said of the 1969 lunar landing. “It was a unifying time. It was a unifying force at a time when America needed it.”

“We’re still building on this legacy in space in Huntsville, Alabama,” Senator Jones continued. “And we’re going to inspire a new generation and more generations to come of Alabamians and Americans — people all across this country — to reach even loftier heights.”

Alabama played a crucial role in our country’s effort to land on the Moon. The effort to build Saturn V, the rocket that launched the Apollo 11 mission, was led by Werhner von Braun out of Marshall Space Flight Center in Huntsville, Alabama. The success of Apollo 11 gave Huntsville national attention for its role in the Moon landing – earning the city the nickname the “Rocket City.” Today, a replica of the Saturn V rocket stands outside the U.S. Space and Rocket Center in Huntsville.

Senator Jones secured millions of dollars in funding for space projects based in Alabama in the Fiscal Year 2020 National Defense Authorization Act that passed the Senate in June. He has also been an advocate for the U.S. Department of Defense to choose Huntsville as headquarters for the new Space Command mission.