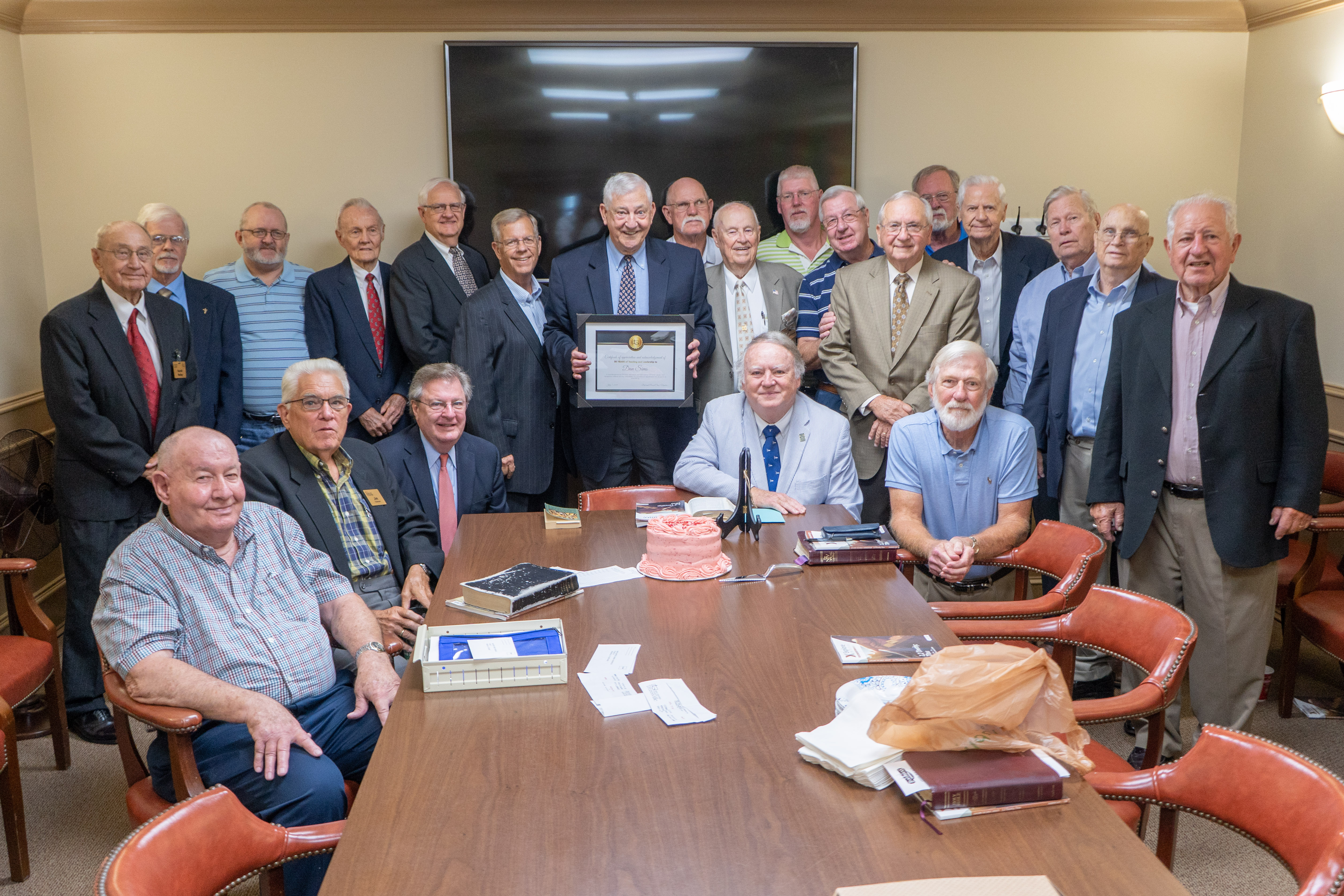 In the spring of 1969, 31-year-old Dan Sims had been a member of First Baptist Church Trussville only a few months when he “got told” by then-pastor Richard Francis that he’d be teaching a men’s Sunday School class. The current teacher would soon be moving out of state, and Sims, the pastor figured, would be a good fit for the job.

As it turned out, Francis was right. That July, Sims stepped into his appointed role, and 50 consecutive years later, he continues to teach the same class each week. 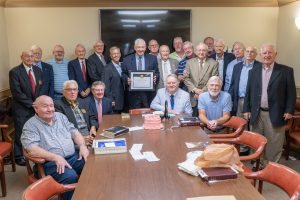 Joining his class as they honored Sims for his many years of service on July 7 were Sims’s wife, Linda, FBCT Pastor Buddy Champion, and Alabama State District 44 Representative Danny Garrett.

“Dan has a heart and personality for people and God has gifted him with the ability to be a great teacher,” said Champion. “He has a passion for the men to understand God’s Word and to live what they learn by impacting the lives of others.  His faithfulness has been a blessing to First Baptist.”

“Dan’s dedication, faithfulness and heart for serving is an inspiration to everyone,” he said. “He has made an impact upon the lives of so many men who have looked to him for spiritual guidance and encouragement. He is an example for us all.”

The Simses had not yet moved to Trussville when they moved their membership from Birmingham’s Ruhama Baptist to First Baptist in the fall of 1968. 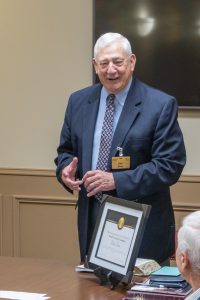 Sims was then the manager of Trussville’s Utilities Board (now Trussville Gas & Water), so the couple was well acquainted with the city and had decided it was where they wanted to raise their kids. For them, finding a church home in the area was a logical first step.

And it didn’t take long to get involved. The Sunday they joined First Baptist, Sims was invited to join what was then known as the Sedric Mann Men’s Sunday School Class. He was also recruited to help class members cook breakfast for the church’s quarterly Brotherhood meeting the following week. So, the next Sunday, he reported to the church’s fellowship hall for kitchen duty at 5:30 a.m.

“After the meeting, I asked somebody where to go for Sunday School, and they pointed across the room,” he said. “Nobody had told me it was in the same place.”

And that fellowship hall is where Sims found his tribe: a hard-working, fun-loving, family- and church-oriented group of men, who studied the Bible, prayed together and played together.

By the time the Sims family, which by then included sons Daniel and John, moved to Trussville in 1972, they were established at First Baptist and already had a lot of friends in their new hometown.

“We were having about 200 in Sunday school overall in those days, so it’s grown a lot since then,” said Sims. “I had 10 guys in my class when I first started, but when it would get to 15, they’d split the class, so it stayed small. But after a while, they stopped doing that, so it’s gotten bigger. We have about 30 active members now with 18 to 25 showing up each week.” 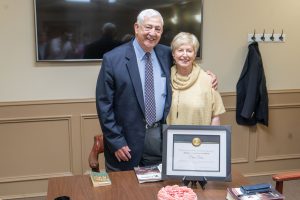 The first 30 years Sims taught the class, its service projects revolved around taking care of the widows in the church. Through that ministry, they mowed lawns, trimmed shrubbery, painted houses and replaced roofs. Nowadays, the class joins in the church’s support of an orphanage in Thailand and contributes financially to the Big Oak Girls’ Ranch and a church in the Dominican Republic. They also “pass the hat” for other causes.

“We’ve always had a group of guys who love to do for other people,” Sims said, “so we keep a project going all the time. Every time a new minister comes in, we bring him in and tell him, ‘If you need anything done, come to this class, and we’ll either get it done, or we’ll know who can get it done.’”

But over the years, class members have played together almost as hard as they’ve worked, attending countless socials, taking fishing trips together and gathering with their growing families at Booty Peoples’ lake house. (Peoples is the only remaining charter member of the class.) And as with a true bunch of brothers, the ribbing never stops.

“The class gives me a new joke book every five years,” said Sims. “They don’t like my jokes.”

But has he ever thought about giving it up?

“I’ve never thought about it, but I thought they might have fired me by now,” he laughed, “and it might be good if they did. But I love it, I really love it. It’s been a lot of fun. One of my prayers is that I’ll teach that class the Sunday before I go on to be with the Lord.”