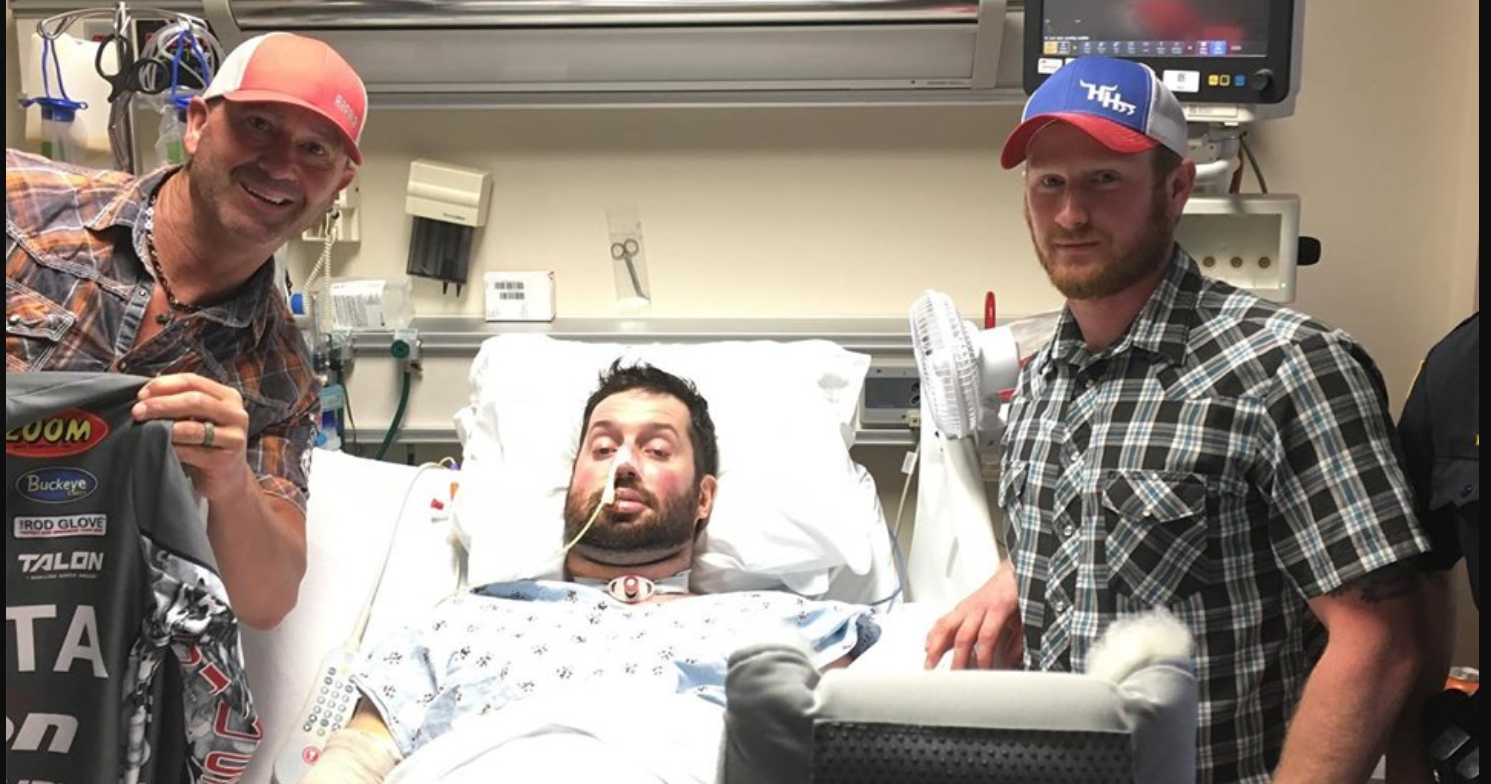 Swindle stopped by UAB Hospital to talk to Officer Cullen Stafford on Monday, July 22. Stafford’s family said he has had a love for fishing for most of his life. The professional bass angler, along with his wife, brought Stafford a T-shirt, hats, pants and a logo-covered tournament jersey. They talked about fishing and life.

Stafford remains in the hospital while he recovers from being shot six times.

The suspect in the shooting was shot and killed after firing at officers.