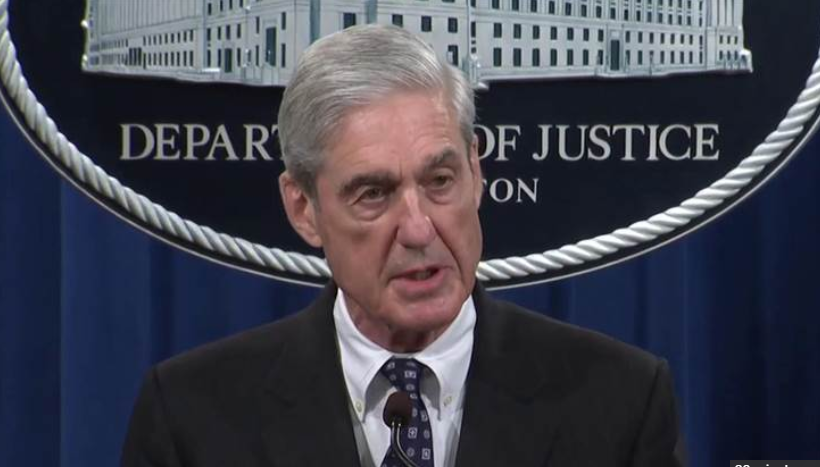 WASHINGTON (AP) — Robert Mueller on Wednesday bluntly dismissed President Donald Trump’s claims of total exoneration in the federal probe of Russia’s 2016 election interference, telling Congress he explicitly did not clear the president of obstructing his investigation. The former special counsel also rejected Trump’s assertions that the probe was a “witch hunt” and hoax.

In hours of sometimes halting and stilted testimony, unfolding at a moment of deep division in the country, Mueller also condemned Trump’s praise of WikiLeaks, which released Democratic emails stolen by Russia. He declared Russian election interference one of the greatest challenges to democracy that he had encountered in his career.

Russia, he said, was “doing it as we sit here.”

Mueller’s reluctance at the televised Capitol Hill hearings to stray beyond his lengthy written report, and his reliance on terse, one-word answers, produced few if any new revelations to move Americans who may be hardened in their opinions about the success of Donald Trump’s presidency and whether impeachment proceedings are necessary. But that didn’t stop Republicans and Democrats from their own divergent paths to question Mueller.

Trump’s GOP allies tried to cast the former special counsel and his prosecutors as politically motivated. They referred repeatedly to what they consider the improper opening of the investigation.

Democrats, meanwhile, sought to emphasize the most incendiary findings of Mueller’s 448-page report and weaken Trump’s reelection prospects in ways that Mueller’s book-length report did not. They hoped that even if his testimony did not inspire impeachment demands — House Speaker Nancy Pelosi has made clear she will not pursue impeachment, for now — Mueller could nonetheless unambiguously spell out questionable, norm-shattering actions by the president.

Yet Mueller appeared unwilling or unable to offer crisp sound bites that could reshape public opinions.

He frequently gave single-word answers to lawmakers’ questions, even when given opportunities to crystallize allegations of obstruction of justice against the president. He referred time again to the wording in his report. He declined to read aloud hard-hitting statements in the report when prodded by Democrats to do so.

But he was unflinching on the most-critical matters.

In the opening minutes of the hearing, the chairman of the House Judiciary Committee, Rep. Jerrold Nadler, a New York Democrat, asked Mueller about Trump’s claims of vindication in the investigation.

“Did you actually totally exonerate the president?” Nadler asked.

When Rep. Adam Schiff, the Democratic chairman of the House intelligence committee, asked, “Your investigation is not a witch hunt, is it?”

“It is not a witch hunt,” Mueller flatly replied.