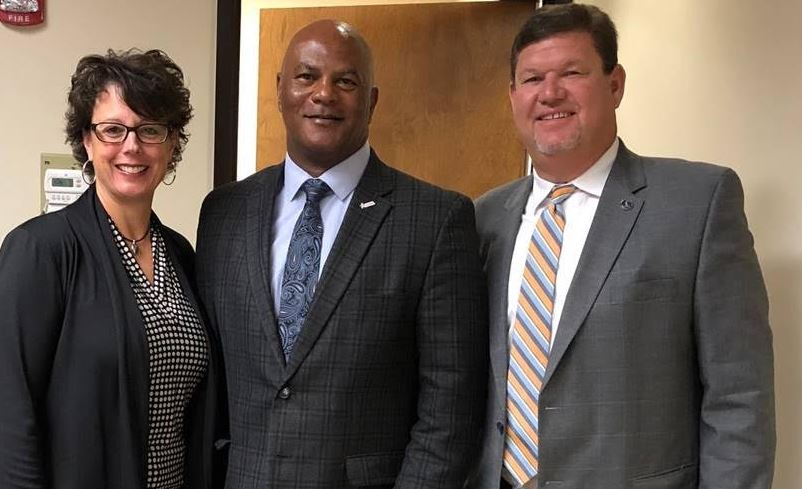 MONTGOMERY — The Alabama High School Athletic Association Central Board of Control approved returning a record $2 million to its member schools under its Revenue Sharing Plan and also voted to waive school membership dues once again – an immediate savings of approximately $84,000 for member schools.
The action was taken Wednesday at its annual summer meeting in Montgomery.
The Revenue Sharing Plan, approved first by the Central Board in 2009, has returned
$15.8 million to its member schools since 2010.  The plan returns excess funds back to the schools when the AHSAA has at least one year’s working capital in reserve.

“This is outstanding news for our member schools,” said AHSAA Executive Director Steve Savarese. “We are very grateful to our corporate partners and championship communities for investing in our member schools.”

In keeping with the tradition started by the Central Board in the 1991-92 school year, membership dues to all member schools were waived for 28th consecutive year.
Waiving the dues results in a savings of approximately $84,000 for the AHSAA’s 416 high schools and 336 middle/junior high schools. Member schools have had a savings of approximately $2.2 million during the entire span since 1991-92. Member schools also derived a savings in excess of $100,000 since no entry fees are levied for state championships in any sport.
The board voted to return $1 from each playoff ticket through revenue sharing to member schools to help offset the rising cost of game expenses beginning with the 2019-20 school year. The amount totaled approximately $341,000 in 2018-19.

AHSAA Executive Director Steve Savarese presented to retiring Central Board member Richard Brown a plaque of appreciation and watch for his long-standing service on the Board. Brown, who is retiring after 50 years in public school education, has served on the Central Board for eight years and on the District 4 Legislative Council for 17 years. 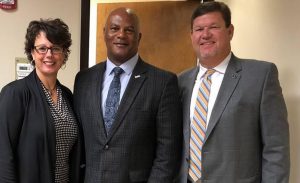 New Central Board members Kim Kiel, Athletic Director at Pelham High School (District 5), and Jamie Chapman, Superintendent of Pickens County Schools (District 7), were sworn into office by AHSAA Associate Executive Director Alvin Briggs. Opelika High School principal Dr. Farrell Seymore, who is replacing Mr. Brown on the Central Board from District 4 beginning in 2019-20, was in attendance and will be sworn in at the October meeting.
The Central Board reviewed and approved 2018-19 publications, including the AHSAA Handbook and 2018-19 AHSAA Sports Book.

In highlights of other Central Board action:
— Approved changing the penalty for the 50% Rule violation to restitution and fine on the first offense and suspension for the season on the second offense.
– Approved the financial reports for the spring championships in soccer, softball, baseball and track.
– Approved drafts of the 2019-20 budgets for the AHSAA and the Alabama High School Athletic Directors & Coaches Association (AHSADCA) and the 2018-19 audits for each group.
— Approved a modification of the Competitive Balance formula recommended by the AHSAA Classification Task Force to classify member private school athletic teams using the most current two years of data in a classification period instead of three years of data.
— Approved recommendations by the Cross Country, Cheerleading, Tennis, Golf, Soccer, Outdoor and Indoor Track, Softball and Baseball Coaches Committees concerning their sports.
— Was updated about catastrophic insurance and approved AHSAA insurance coverages.
— Approved an increase for delayed video broadcast rights fees for state playoff events from $400 to $500 per contest.
— Approved a new digital publication plan beginning in 2019-20 and approved a new text system for accessing AHSAA By-Laws and Sports Rules.
— Approved a new Coaching Card and Special Pass process.
— Approved the formation of a special committee to discuss the Transfer Rule. 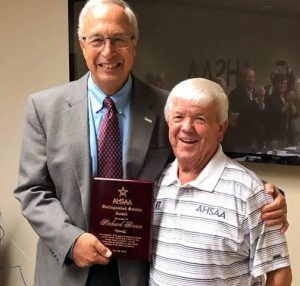