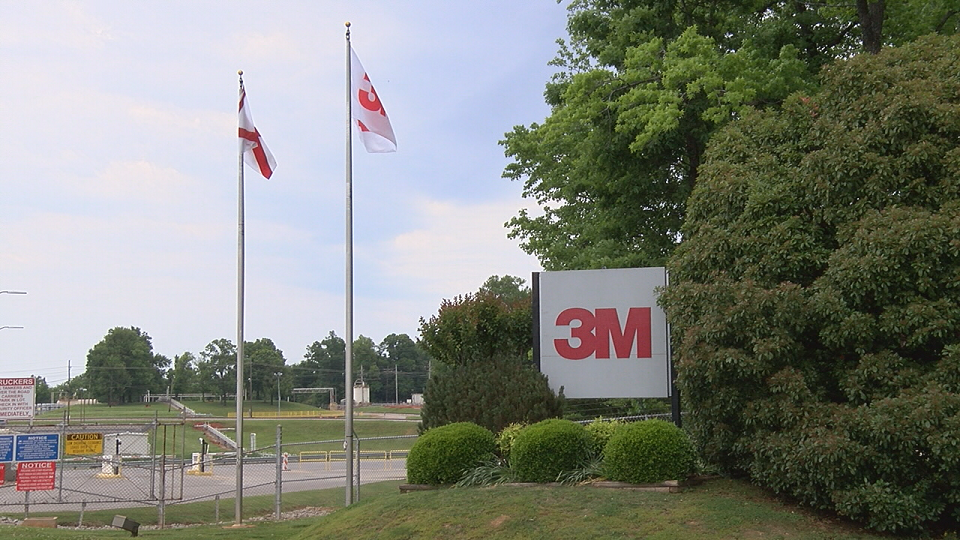 MONTGOMERY — The head of the Alabama Department of Environmental Management defended himself and his office in a letter this month to agency commissioners and attacked news outlets over recent pieces on contamination incidents.

“Normally I don’t respond to items about me appearing in the media because media has no accountability, does not offer a comparable forum for responding, and rarely sets the record straight,” Lance LeFleur wrote in a five-page letter that was also sent to Gov. Kay Ivey.

LeFleur was responding in particular to pieces by two columnists at al.com and defending ADEM’s responses to incidents around the state, including 3M’s release of chemicals into the Tennessee River in Decatur.

“(The Environmental Protection Agency) is the agency responsible for the reporting, record-keeping, testing and restrictions of potentially hazardous chemical substances under the Toxic Substances Control Act,” he wrote. “(The EPA) does not delegate its TSC authority to any state nor is TSCA information shared with the states.

“(The EPA) has not made a determination whether FBSA and FBSEE manufactured by 3M are toxic or not toxic. Until EPA makes such a determination, regulation discharges of those substances is solely within the purview of EPA under TSCA…”

Responding to media reports that 3M released pollution for years without state intervention or disclosure, Ivey said ADEM needs to present solutions to the problem, the Associated Press reported. The company earlier this month said it’s looking at possible contamination at old landfill sites in Morgan and Lawrence counties dating back to the 1950s.

3M reported earlier this year in a letter to regulators that a self-investigation determined it had released the chemical “FBSA and may have released FBSEE from its manufacturing operations to the Tennessee River. … Due to these concerns, 3M has ceased both its FBSA and FBSEE manufacturing operations at its Decatur plant as well as any associated waste stream releases from those operations,” The Decatur Daily reported.

In an interview Monday, LeFleur told Alabama Daily News some of the very news media complaining about a lack of transparency from ADEM received the information for their reporting from the agency’s website.

LeFleur’s letter, which he provided to Alabama Daily News, also pointed to the ADEM website as a source of information for the public.

“Sadly, today’s media in Alabama cannot be relied upon to provide complete, accurate, unbiased information to the public so ADEM must rely on its own website,” he said.

David Whiteside, founder of nonprofit Tennessee Riverkeeper, said ADEM’s website is not particularly helpful to those who are not immersed in environmental issues.

“ADEM’s website is not user-friendly for those who have only visited it a few times,” he said.

About 3M, LeFleur reiterated to ADN that the EPA hasn’t determined if the chemicals released are toxic. He also said the ADEM has “absolutely” done its job.

Asked about LeFleur’s letter and Ivey’s earlier concerns about the agency, Ivey spokeswoman Gina Maiola said “the governor and the office remain very much engaged on the state’s current environmental matters.”

“Gov. Ivey has a meeting with the director scheduled for Aug. 6 to discuss these topics on the horizon.”

About contamination of soil in north Birmingham, LeFleur said clean up “has nearly been completed and will be complete decades earlier than it would have taken place if ADEM had not taken the action it did.”

And about a massive fish kill last month in north Alabama linked to Tyson Foods, LeFleur wrote, “Tyson will be held accountable for any violations to the Clean Water Act, for remediation of environmental damage, and loss of use of natural resources by Alabama citizens.”

According to Tyson and ADEM, about 220,000 gallons of waste water spilled from the Tyson Foods Inc. River Valley Ingredients plant. Tyson blames pipe failure. The mess flowed into the Sipsey Fork and Mulberry Fork rivers.

The Associated Press reported that E. coli levels twice the safe amount allowed by the state were found.

“Tyson will be paying for the consequences, but they are entitled to a process,” LeFleur said. “We don’t close them down because of an unintentional discharge.”

Addressing criticism of the agency from several non-profit environmental groups in the state, LeFleur told ADN that he appreciates the awareness they bring to issues, but that they rely on donations.

“Contributions are increased when there is a high-profile situation,” he said.

Whiteside said LeFleur should understand why he’s the subject of criticism from nonprofits and others.

“Tennessee Riverkeeper believes the people downstream from Decatur have the right to criticize Lance LeFleur and ADEM. Those people who can’t eat the fish and are fearful of what’s in their drinking water have no vested interest in creating conflict,” Whiteside said.

The release of per- and polyfluoroalkyl substances, known as PFAS, once used by Decatur industries has resulted in ongoing fish consumption advisories in Wheeler Reservoir. The presence of the chemicals in the Tennessee River also led to a $35 million settlement this year paid by 3M to West Morgan-East Lawrence Water Authority. The authority is using the money to build a high-tech filtration plant designed to prevent the chemicals from contaminating their customers’ drinking water.

LeFleur’s letter is also on ADEM’s website in the director’s correspondences section. He said he regularly sends the seven commission members written updates prior to meetings and occasionally about specific matters of interest. Alabama Environmental Management Commission Chairman Dr. Samuel Miller declined to comment Monday about the letter.

“In closing I can assure you that the 3M and Tyson situation are receiving ADEM’s full attention,” LeFleur wrote. “We seek to keep the public informed in a very challenging media environment and are constantly seeking to improve in that effort.”

This story was updated to correct the estimated size of the Tyson waste water spill.