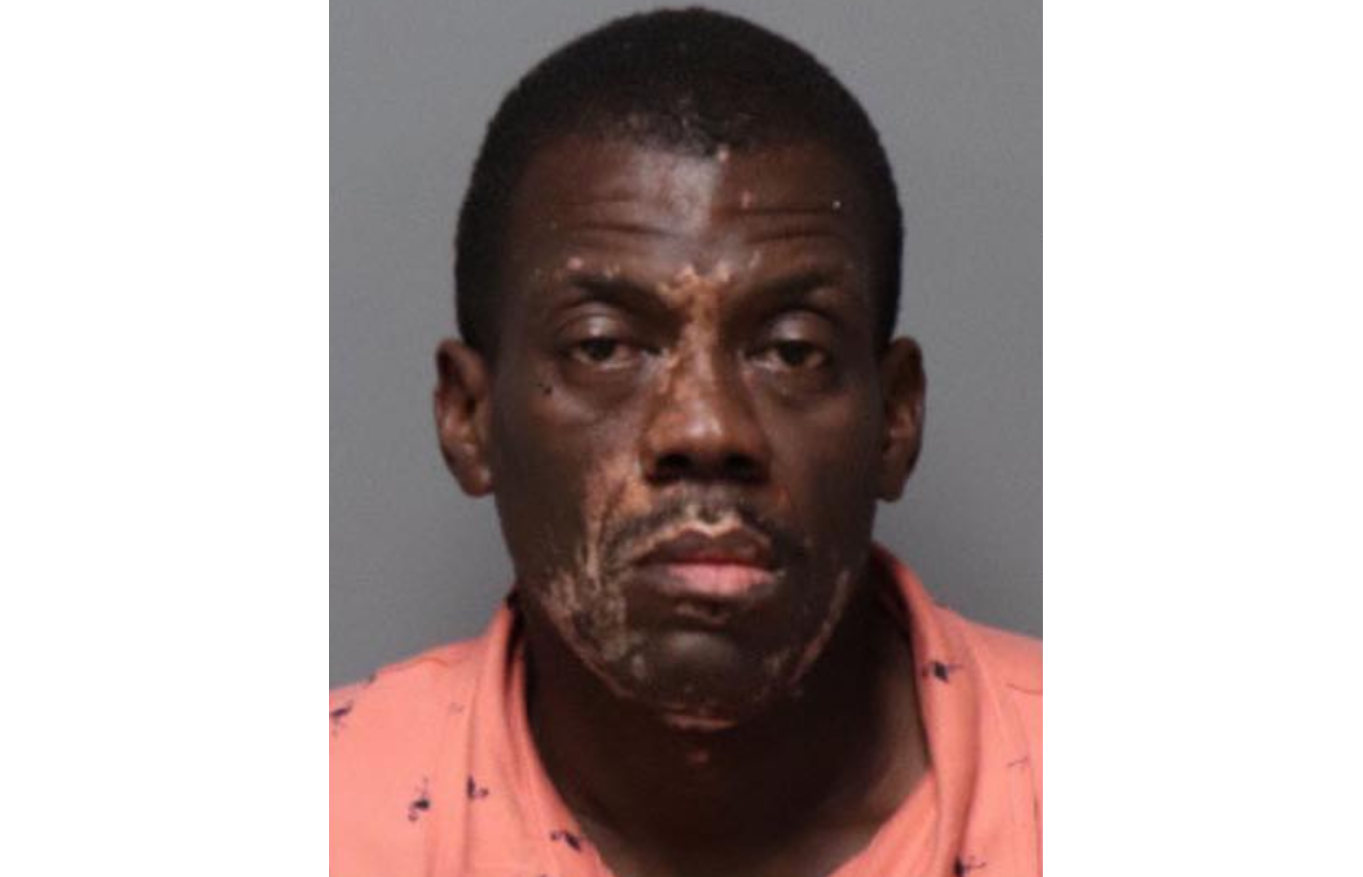 TRUSSVILLE PD – The Trussville Police Department made an arrest in recent toilet paper thefts, after increasing patrols around the Fresh Value Marketplace off Highway 11. Loss Prevention at the store also deployed a “high-tech” operation to assist in catching the culprit.

Ira Glover, of Birmingham, is now facing charges of attempting to elude, reckless endangerment and theft.

A patrol officer said he saw Glover attempting to take more toilet paper from the front sidewalk of the grocery store at 1 a.m. on Tuesday, July 30. When the officer approached the suspect, he took off on foot. After a short chase, Glover was apprehended and taken to the Trussville City Jail. 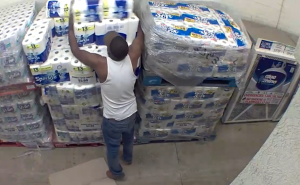 According to Detective Ben Short, Glover admitted to three recent thefts of toilet paper and paper towels from the Fresh Value Marketplace.

The suspect was caught on camera on July 26 taking $60 in items. A woman was seen taking $65 worth of items on July 29. Glover claimed responsibility for that theft and did not give police information on how to contact the woman seen in surveillance video. Short said when Glover was caught, he had 15 packages of toilet paper in his red Chevrolet HHR.

Glover was also charged on March 17, 2019, for stealing toilet paper from the same location. He was out on bond for charges of fleeing or attempting to elude, possession of drug paraphernalia and theft of property. In that incident, Glover is accused of stealing $113 in toilet paper and paper towels. 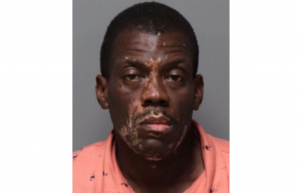 According to police, Glover told detectives he was using the paper products for his janitorial business. 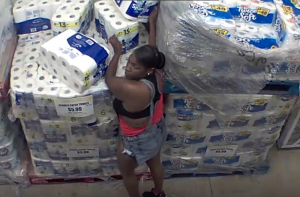 If you have information on the identity of the woman in surveillance footage, contact the Trussville Police Department at (205) 655-2101 or email a tip to crimetip@trussville.org.